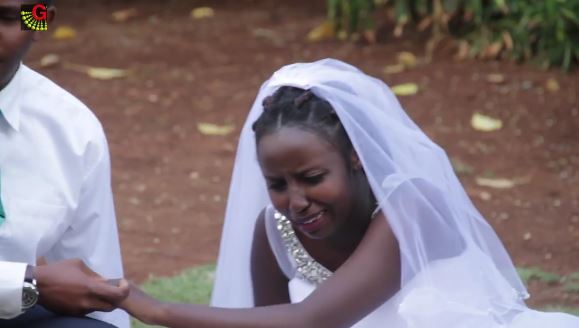 There are several ways a bride’s dream wedding can turn into a complete nightmare, but an attack by robbers has never been one of them until now.

A girl’s dream wedding in the city was ruined when robbers raided the colorful ceremony as the groom and bride were exchanging their vows.

In a wedding video by comedian Jaymo Ule Msee-the groom, the bride who is Jaymo’s side chic had the wedding planned all by herself in a bid to tie down Jaymo who is not exactly ready to settle down.

She manages to convince Jaymo to marry her until things take a surprising twist when the robbers strike just before Jaymo can say ‘I Do.’

Watch how the drama unfolded below: