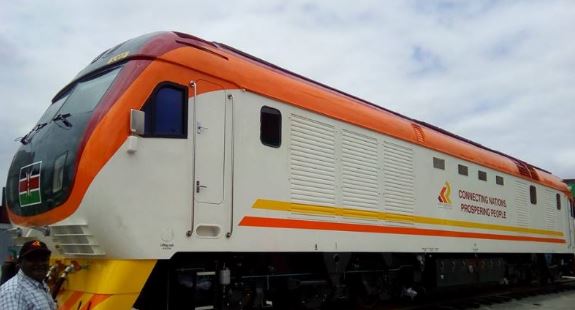 Two months after the arrival of the first batch of the SGR locomotives, tests have begun and are ongoing ahead of June 1 when operations are expected to begin.

However, commercial operations will start in 2018.

In total, 56 locomotives have been ordered. Most of them (43) have been allocated to freight-DF8B, with the passenger DF11 locomotives totaling only 5. The remaining 8 DF7G will be used for shunting operations.

The DF11 passenger locomotive, according to government PSCU,  represents the realization of high-speed passenger transportation in China. It is the highest scientific and technological achievement by the Chinese diesel locomotive industry, and whose power is rated at 3100KW and a maximum speed of up to 160km/h.

While the aesthetics of the locomotives have failed to impress a majority of Kenyans, the speed may just win over the critics.

During testing operations over the weekend, a passenger locomotive attained a top speed of 156 km/h.

A video of the locomotive speeding on the tracks was shared by Kenya Railways on social media, leaving Kenyans impressed.