Revealed: How Bahati and His Prayer Partner Diana Marua Met 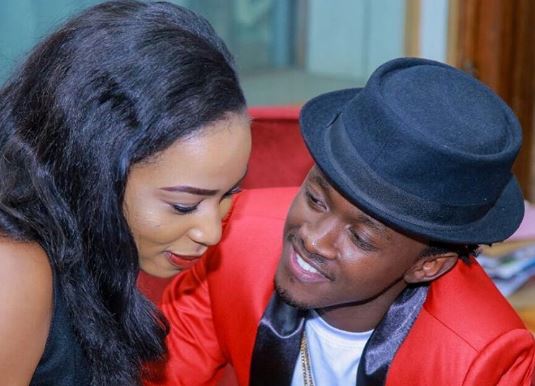 For weeks now, gospel singer Bahati and Diana Marua have stolen all the spotlight on social media circles as the newest couple in town.

From their relationship, there emerged the newest fad in town: Prayer Partners..a more ‘honorable’ title for someone’s significant other.

Besides being Bahati’s prayer partner, Marua is also Bahati’s employee at EMB Records’ PR and marketing department. She also appeared in Bahati’s music video for Mapenzi as the singer’s bride.

In a recent television interview, Diana Marua further revealed that the two are living together.

But how did they meet?

When probed further, Bahati narrated: “We met before we did the video together. It was a month before then. I was online at midnight and i saw  someone had liked my photos, ka sita. Ni usiku, there is nothing to do. Interactions sio mob hiyo time. I was like, who is this? I checked her profile and liked her photos.”

Answering Adelle’s query if he hit Diana up on her direct messages, Bahati said: “I was kidding. I don’t slide into DMs.”

Bahati was also tasked with explaining what a prayer prayer means by Shaffie, to which he replied:

“Huyo ni mtu mnaweza pray na yeye and share a lot,” he said, adding, “I was wondering what the big deal is with a prayer partner? Si you need to date?”