Raila Odinga: This is The True State of the Nation (Full Text) 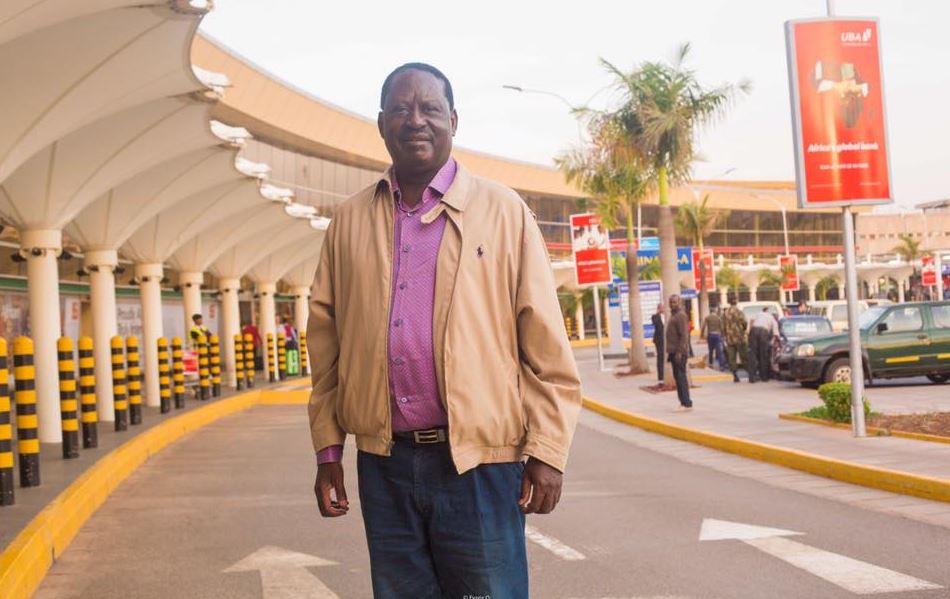 This is a full statement by Cord leader Raila Odinga in response to President Uhuru Kenyatta’s ‘State of the Nation’ address.

TRUE STATE OF THE KENYAN NATION:

The overarching theme of the State of the Nation address by President Uhuru Kenyatta yesterday was that the Jubilee regime has delivered on its pledges, the nation is in great shape and all Kenyans should be cheering.

According to the President, the economy is booming and all elements of economic well-being could not be more sound.

We do not intend to argue with the President’s alternative facts because it would be a futile exercise. It is not our duty to persuade a leader from believing what he has chosen to believe despite all the evidence to the contrary. We only wish to make a few observations that matter for people.

Millions of Kenyans are starving. As the President painted a glowing picture of its tenure and the nation yesterday, reports by the very government he heads indicate that the number of Kenyans facing starvation has risen to 2.7 million in 2017 compared to 1.7 million last year.

The Jubilee administration has sent appeals for food aid all over the world.
The famine ravaging the land is the final repudiation of Jubilee policies on agriculture and food security. Droughts do not cause famines. Famines are caused by the failure to mitigate droughts. Jubilee promised to make our deserts bloom. The 1million acre irrigation promise was just cheap talk. Yet the President says his Jubilee administration has delivered. Mr. President, where is the food?

Kenyans across all walks of life, from smallholder farmers to captains of industry are also wondering which economy the President was talking about. Pension funds and other investors in the Nairobi Stock exchange lost Ksh.120 billion in 2016. The slide continues. A record number of companies listed on the Nairobi stock exchange have issued profit warnings. More than 10,000 Kenyans were laid off by big companies last year. These lay-offs have knock on effects on smaller businesses that depend on these big companies as well as the laid off employees. The Jubilee administration contends that these layoffs have been more than compensated by jobs created by the foreign investors flocking the country. These both foreign investors and their multitude of employees are hiding in plain sight.

A survey by the Kenya National Bureau of Statistics (KNBS) last year revealed that business establishments that were started or acquired within the last two years accounted for 61.3 per cent of the total businesses closed. The highest number of establishments shut down was in 2015. The main reason cited for business closure was shortage of operating funds owing to increased operating expenses, declining income and losses incurred from businesses.

The President painted a glowing picture of Jubilee’s achievements in the energy sector. Yet Kenya’s industrial power costs remain much higher than that of our competitors. It stands at an average of Ksh17 per kilowatt hour (kWh) compared to Tanzania’s Sh12 per unit ($0.12), Egypt’s $0.11 (Sh11), Ethiopia’s $0.09 (Sh9) and South Africa’s and $0.06 (Sh6).

It is not possible to have a meaningful conversation on healthcare with a Government that believes that equipment is more important than doctors and health workers in general or on education with an administration that believes laptops and tablets can deliver results without teachers.

The Jubilee administration had no qualms leasing diagnostic equipment for Ksh.5b a year, but could not care less about the working conditions of doctors and health workers in the public hospitals. It has had no qualms dedicating billions to laptops while fimding it unnecessary to raise teachers’ pay.
Can equipment autonomously treat and care for the sick or teach students? Jubilee seems to think so.

Having spent close to six times more than the county governments on development projects, the President should not be scavenging for projects to launch. He ought to be overwhelmed by the sheer number of Jubilee projects that need launching. He would not be making whirlwind tours to Central Kenya making promises. He should not have been drowned by demands for water and markets from his supporters in Karatina, Mwea and Gatundu recently. Jubilee has nothing to show for the Ksh. 1.9 trillion development budget in the four years.

Jubilee’s campaign promises from lap tops to bullet trains to grand new sports stadia were crafted to impress the digital generation. The administration’s undoing is that it believed its own hype and has been living in an alternative video games reality, where resources are limitless, and development is measured by the grandiosity of the projects, at our expense.

Jubilee took over a nation of Ksh. 1.5 trillion debt. That debt is now Ksh. 4 trillion and rising. As a Kenyan, has your income increased two and a half times since Jubilee came to power? Your share of the national debt has. And that debt is due and payable. That is why the cost of living is skyrocketing. That is why the Jubilee administration does not want to hear of better terms for doctors or nurses or anybody else. It has already mortgaged the country.

Before Jubilee adopted lies as a tool for governing, the Kenya Roads Board and the National Treasury published yearly reports on the developments in the infrastructure sectors, especially roads. KRB would publish how and where it has spent the proceeds of Fuel Levy while the National Treasury published reports on roads funded by the ex-chequer. Since Jubilee came to power, such reports have been made top secret, nolonger available to citizens. The reason Jubilee wants to lie about roads. Yesterday, the President repeated the familiar lies that some 7000 kilometres of roads have been done. It is a lie.

We challenge are challenging the President to show Kenyans the 7000 kilometres of roads it has constructed in the last four years by category, status and region; what class of road, from where to where?

The President cannot take routine and periodic maintenance of roads; including the gravelling the earth roads, pothole patching, bush clearing and drainage clearance and report it as an achievement.

We challenge the President to give Kenyans a breakdown of the Government of Kenya funding as budgeted by stating which roads were earmarked for development in FY 2013/2014, FY 2015/2016 and FY 2016/2017, how much was spent and when they got completed.

Fellow Kenyans, the way Jubilee has ran Kenya is no way to run a country, or a business, or even family finances.

It is time to call this misadventure off, or we shall surely go over the cliff. As NASA our agenda first and foremost, is to return sanity and honesty to the management of our country, and stewardship of the economy in particular.

This is reflected in the seven pillar policy platform we have agreed on and articulated in our coalition agreement: National reconciliation and healing, resolving historical injustices, realizing equality of women, youth, persons with disabilities, and the disadvantaged communities and groups as mandated by the Constitution (Article 27), strengthening devolution, transforming government into a servant of the people, realizing social and economic rights as enshrined in Article 43 of the Constitution, eradicating poverty and unemployment and dealing decisively with corruption.

It is clear the government is lost and struggling, just when we thought the government has the roadmap. Such is our fate as a nation. The task ahead may look herculean, and indeed it is. The future may look bleak.

But help is at hand. Let’s take faith in the tested principle that the darkest hour of the night comes just before the dawn.

Uber Kenya Bows to Driver Pressure, Announces Hiked Prices < Previous
Esther Passaris Asked for Musalia Mudavadi’s Twitter Handle, What a KOT Told Her was Straight SAVAGE Next >
Recommended stories you may like: