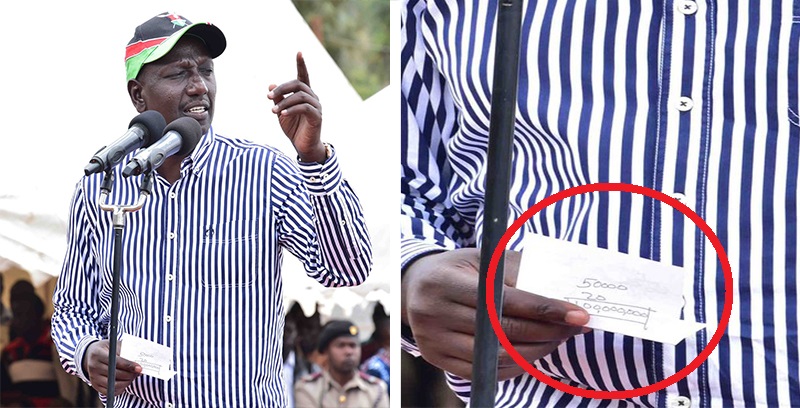 Deputy President William Ruto has been mentioned in more than a few corruption scandals, whether directly or indirectly.

It is no secret that many people have come to associate his name with vices such as theft of public money and land grabbing.. never mind most of the allegations do not even see the inside of a courtroom.

In recent months, Ruto has also made a name for himself by giving mega donations especially in church harambees. A lot of people have obviously questioned the source of this new-found wealth.

With this kind of reputation, Kenyans on Twitter can be excused for asking questions following a photo posted on the DP’s account.

Ruto was in Baringo to address the security situation, and while addressing wananchi, he held a piece of paper with what looks like a multiplication calculation scribbled. 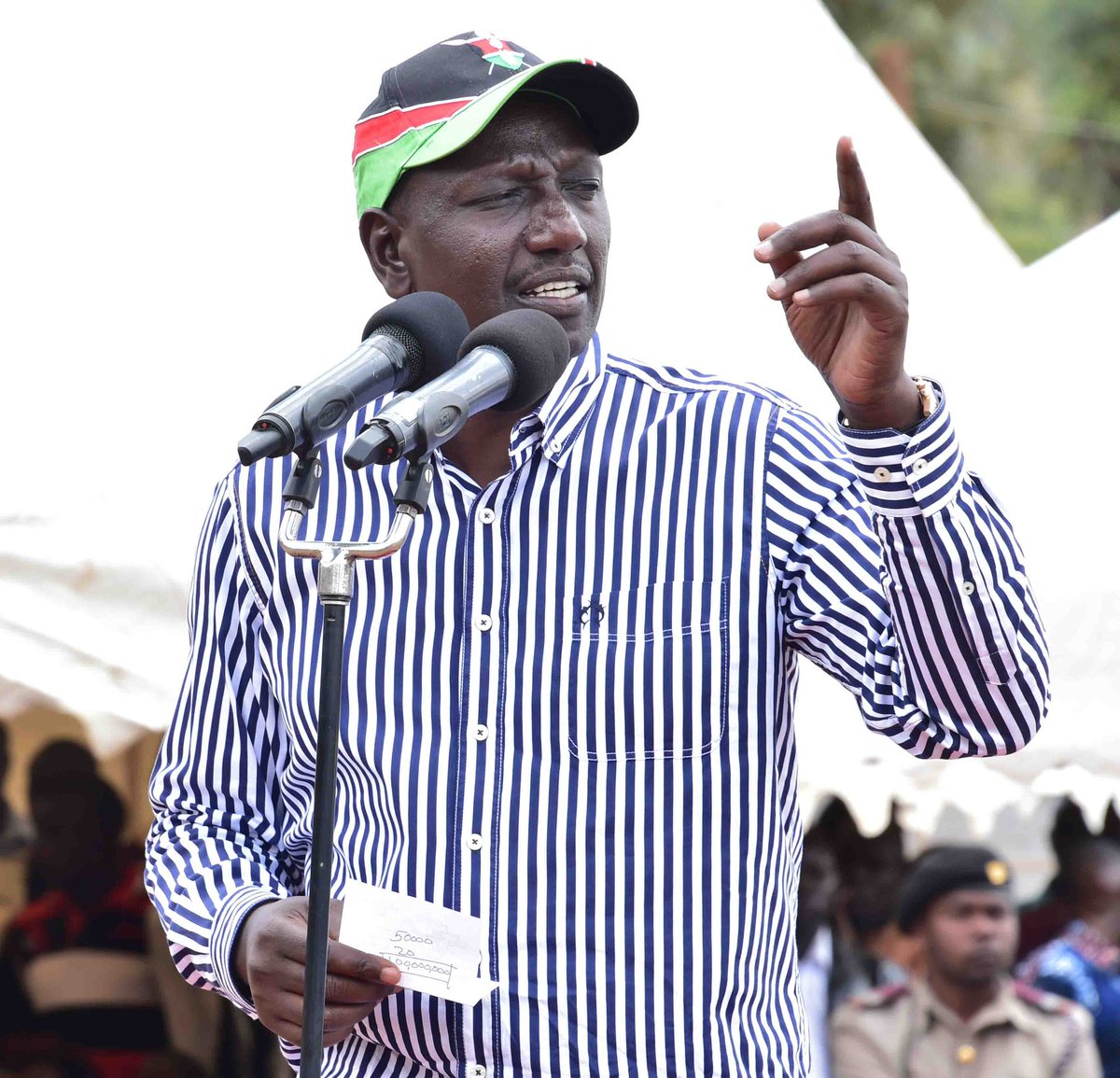 Obviously we don’t know what Ruto had in mind, but we can’t figure out how fifty thousands and twenty end up as 100 million… Well, maybe if you convert from dollars.

One Kenyan on Twitter, @winmitch, tweeted her thoughts, leading to a flurry of similar opinions. 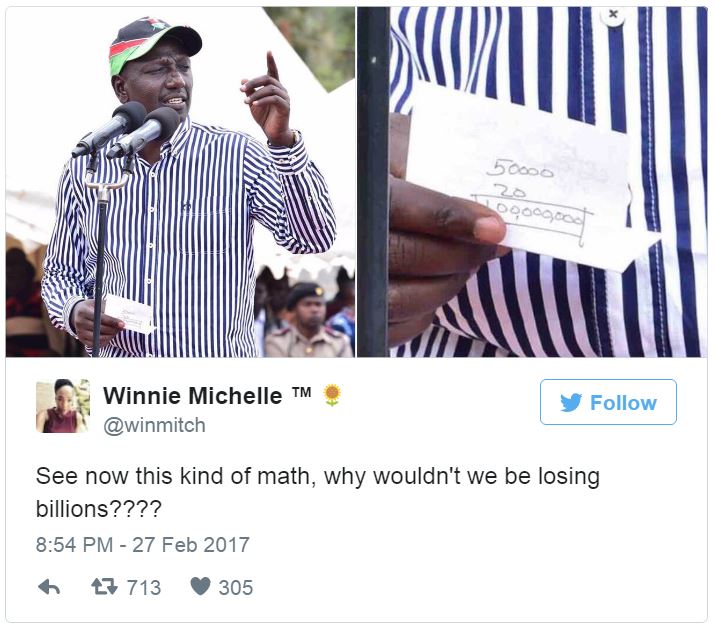