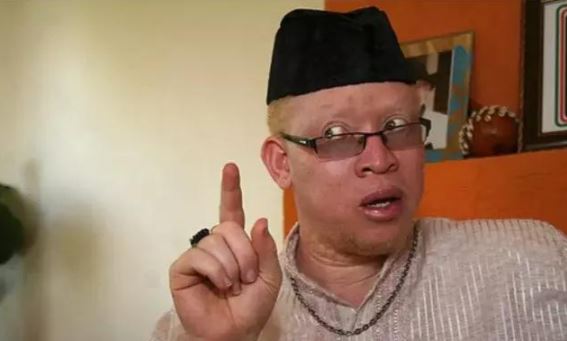 Nominated Member of Parliament Isaac Mwaura has called on Sonko to apologise for calling Peter Kenneth an albino on live television.

The controversial senator was hosted by Hussein Mohammed on Citizen TV on Sunday night when he made the utterances.

Sonko, who nearly missed out on Jubilee nomination after he was denied a certificate of good conduct, used most of his airtime on Sunday to attack his gubernatorial rival going as far as calling him an albino and a criminal.

The albino remark has landed the senator in trouble with Kenyans, including MP Mwaura who is a champion for persons living with albinism.

According to Mwaura, it was uncalled for Sonko to use albinism in derogatory terms in order to settle political scores and he must therefore apologize.

“Mike Mbuvi Sonko must in no equivocal terms apologise for demonising and abusing Hon Peter Kenneth using the God-given status of albinism. It’s totally uncalled for to use our condition in derogatory terms in order to settle political scores. Mr Sonko should know that persons with albinism are Kenyans too and who have a right to be elected into any office. He should avoid misleading his supporters that Hon Kenneth has albinism. To abuse people because of their skin colour is to go against article 27 of the constitution of which the elected senator of Nairobi swore to uphold and protect,” said Mwaura.

He added: “Kenyans of mixed race have a right too. Sonko should also tell us of what he thinks of our dear first lady Margaret Kenyatta and even President Barrack Obama.”

Meanwhile, Sonko took to twitter on Monday morning to apologise to his followers for his behaviour on tv. He said he was angry because Peter Kenneth called him a hooligan.

This loosely translates to: “If I made you angry during my interview yesterday, I’m sorry. I was angry. My opponent called me a hooligan in public and his friends called me a dog in church.”

Woman Burns Lover with Hot Water in a Bar on Suspicion of Cheating < Previous
Gitobu Imanyara Snubs NASA, Jubilee as he Makes Political Comeback Next >
Recommended stories you may like: