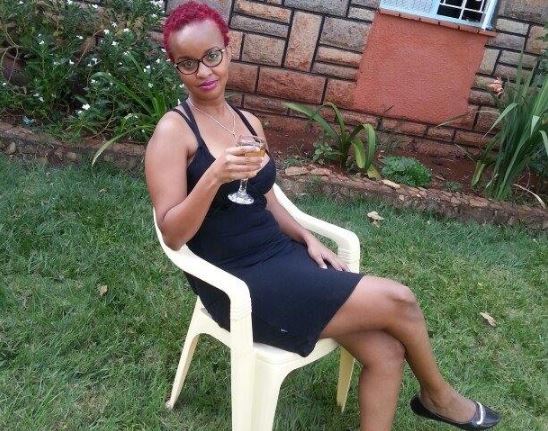 A wise man once said ‘ambition is the path to success and persistence is the vehicle you arrive in.’

One guy who seems to have those words as his mantra goes by the name Amir Khan, as exposed by former Mother-in-Law actress Shiro Waruinge.

The controversial bombshell has in the past few days been entertaining her followers on Facebook with screenshots of her Whatsapp conversations with a determined Amir who just won’t take any of Shiro’s savage curves.

At one point, Amir even sends his topless pictures in the captivating exchanges which Shiro has come to name ‘SheeAndKhanTelemundo.’

Shiro’s followers are now calling on the outspoken beauty to give Amir a chance for his outstanding efforts. 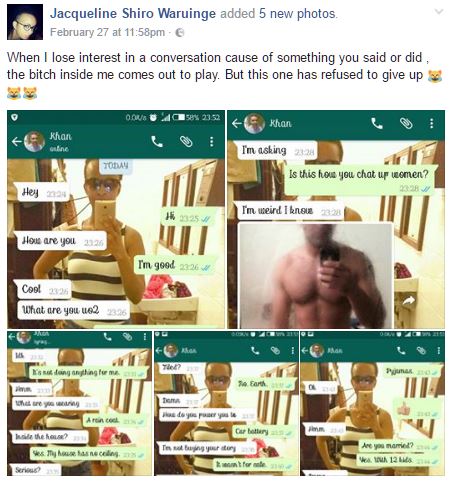 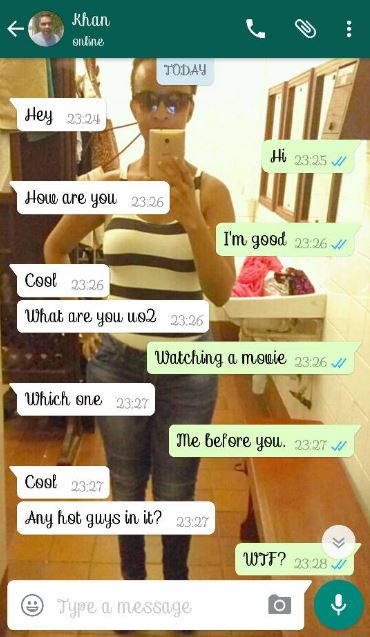 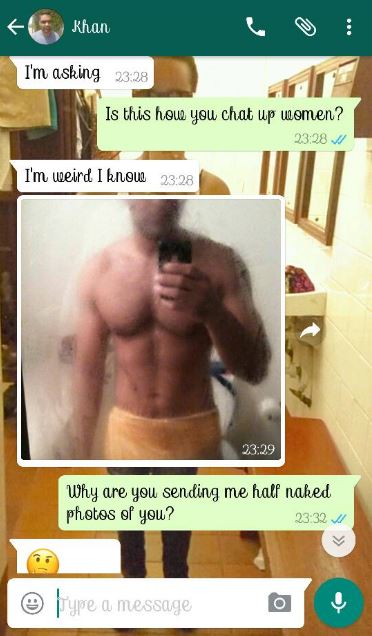 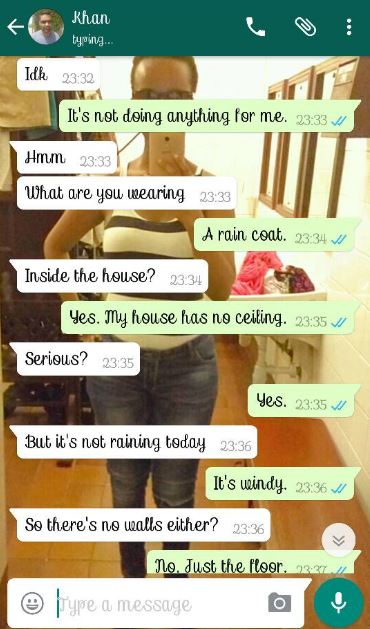 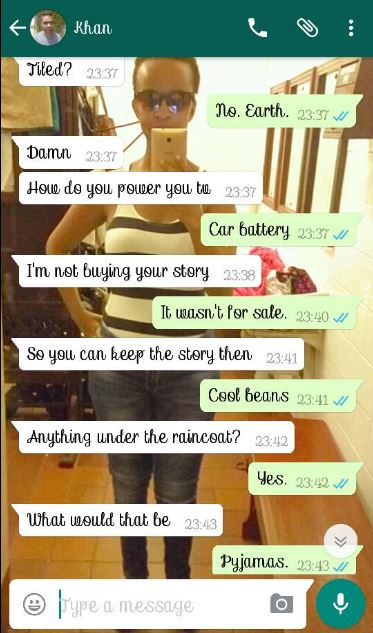 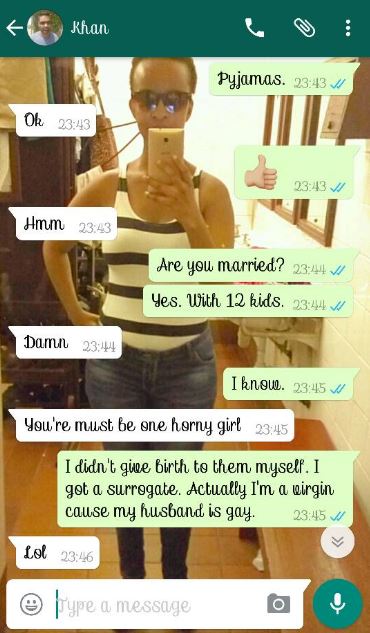 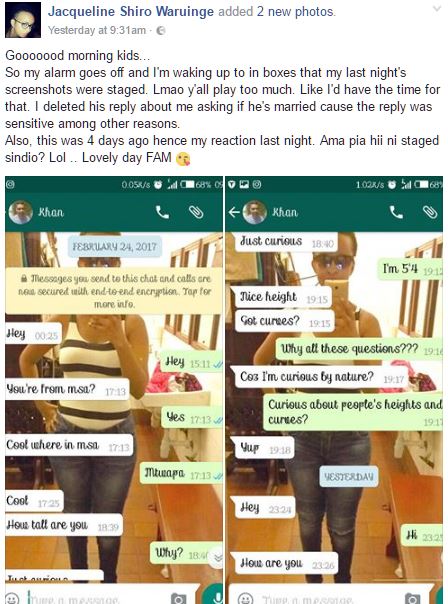 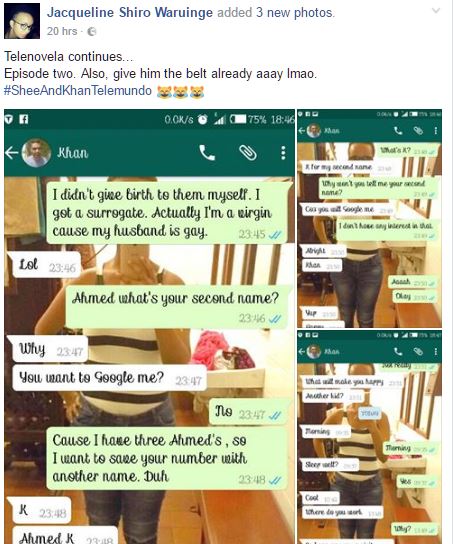 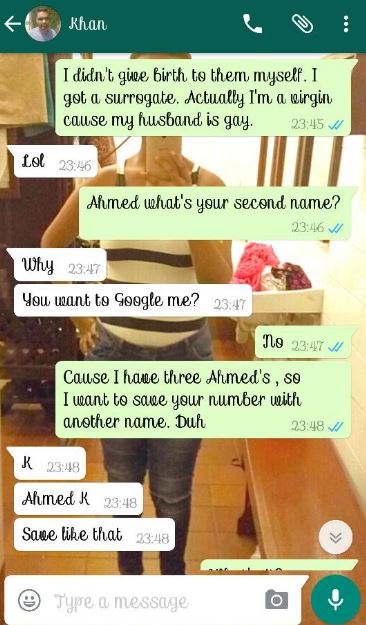 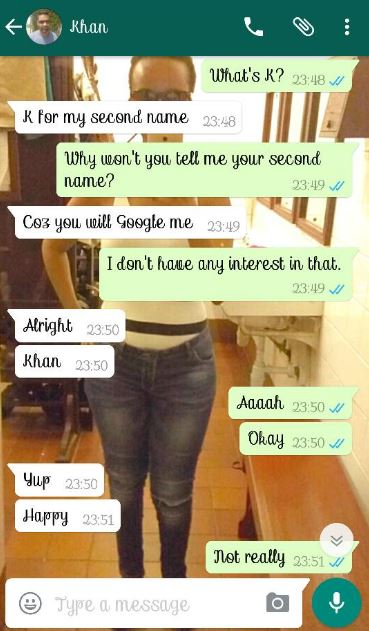 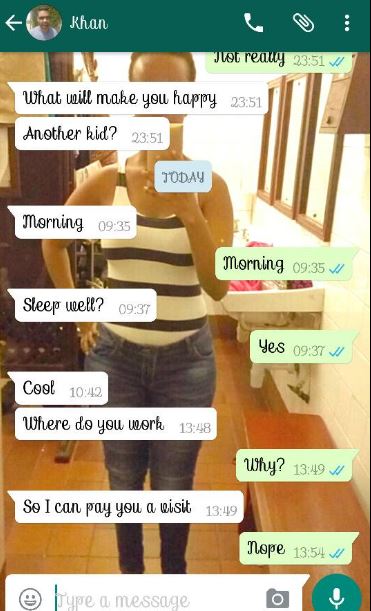 Dreams are valid. To Amir, “yes you Khan!”(pun intended).