Revealed: Jeff Koinange Live Returns This Month on This Channel

One thing is certain. Jeff Koinange will be returning to our TV screens soon. However, his channel of choice remains a mystery.

On twitter, Jeff posted a photo of a news studio with the caption, ”Folks..we are almost READY!!”. 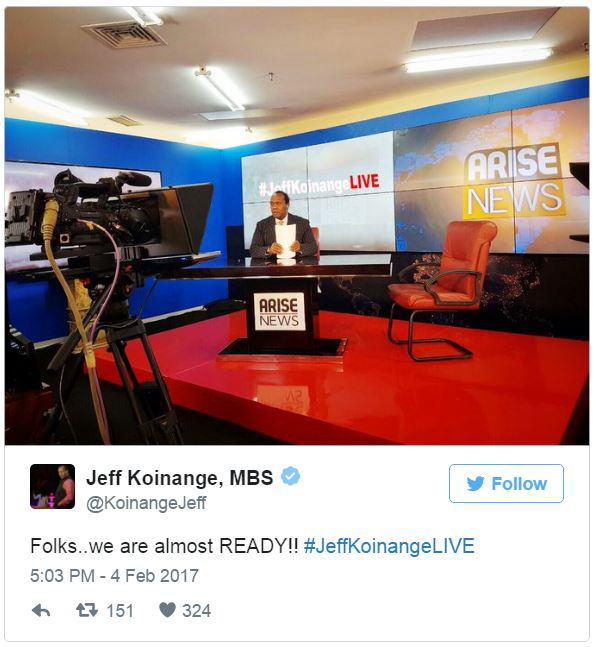 That tweet caused a lot of confusion, since there isn’t any Arise News in Kenya… at least not amongst the main stations.

It turns out that may be an old photo from his time at the Arise TV, the Nigerian owned station whose ambition is to compete with the likes of CNN and Aljazeera.

Read: Keeping Up With Jeff Koinange: A Look At His New Sh 80 Million Job

By posting that photo, Jeff probably wanted to keep the speculation and conversation alive. It would be a big surprise if he returned to Arise.

That settled, some bloggers were yesterday quick to announce that Jeff is headed to Maisha Magic East.

This was after the DSTV owned station released a poster of Jeff. There are also some billboards around town. 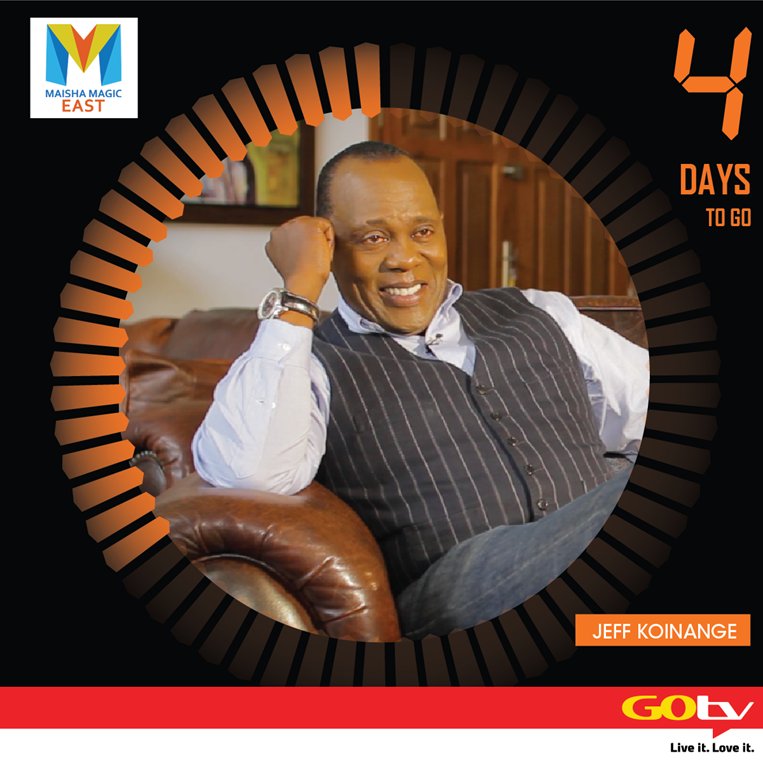 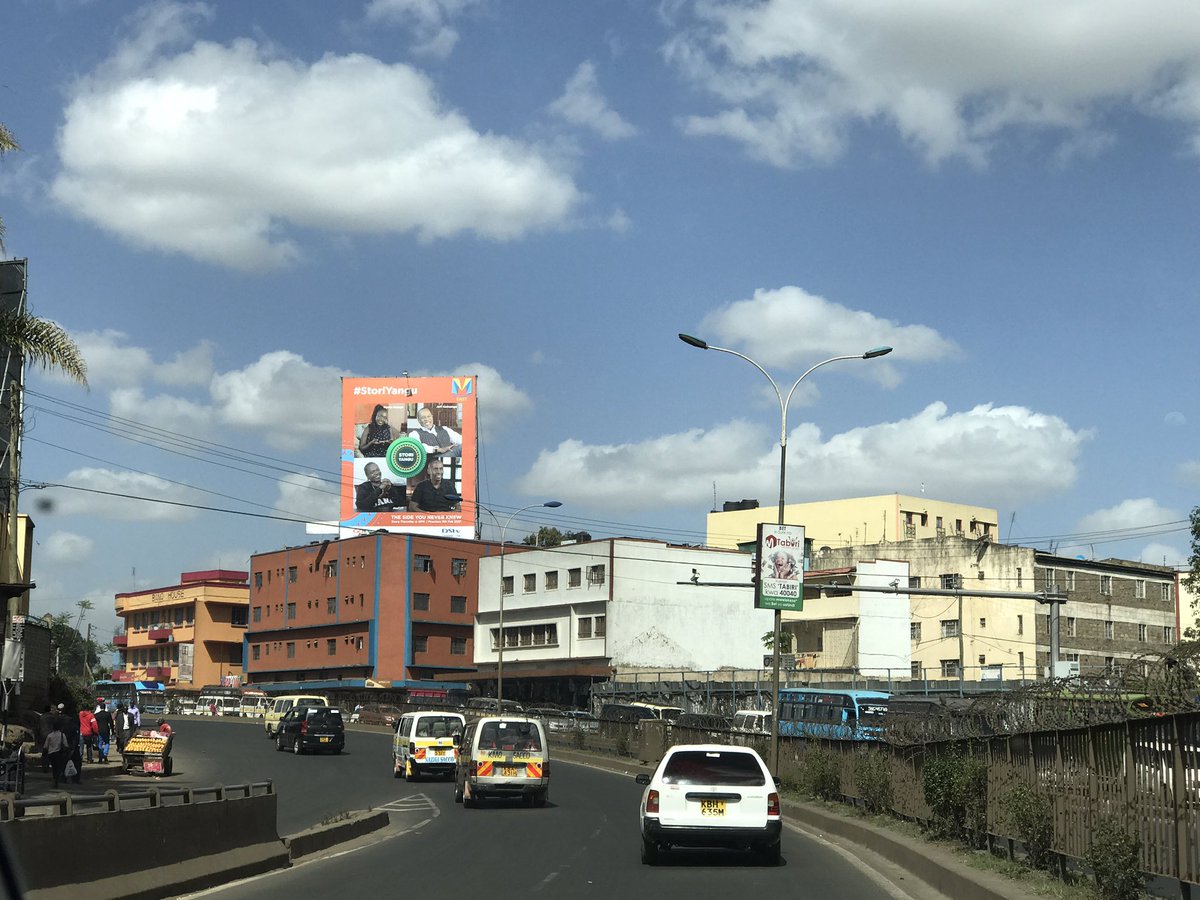 However, that too may be ‘fake news’.

Apparently, Jeff will be featured on a new show called ‘Story Yangu’, where he does just that, tells his story. This will probably be a one episode feature, as GOtv has also released posters for other public figures like Size 8, Papa Shirandula, Daddy Owen, Caroline Mutoko etc. 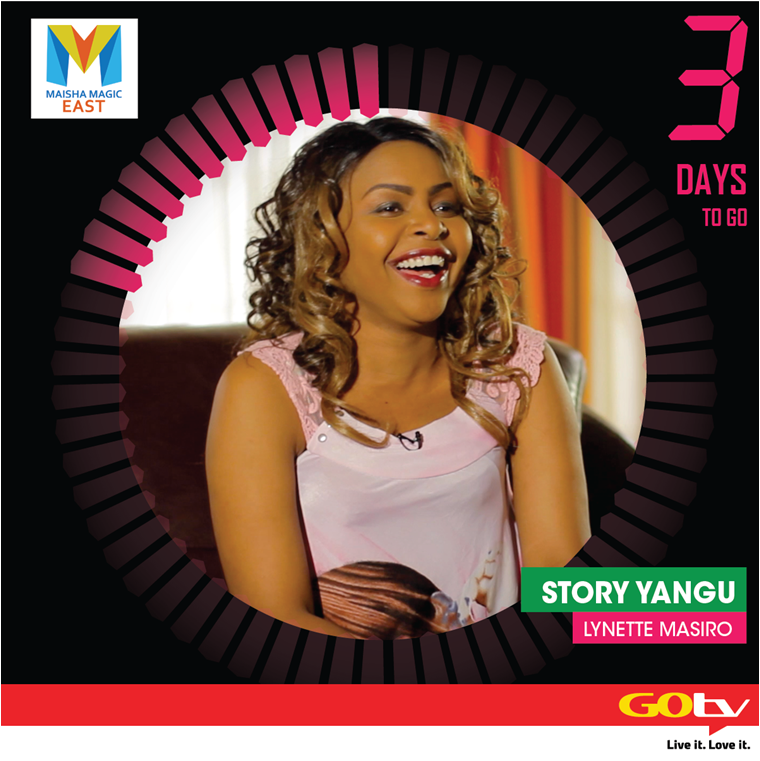 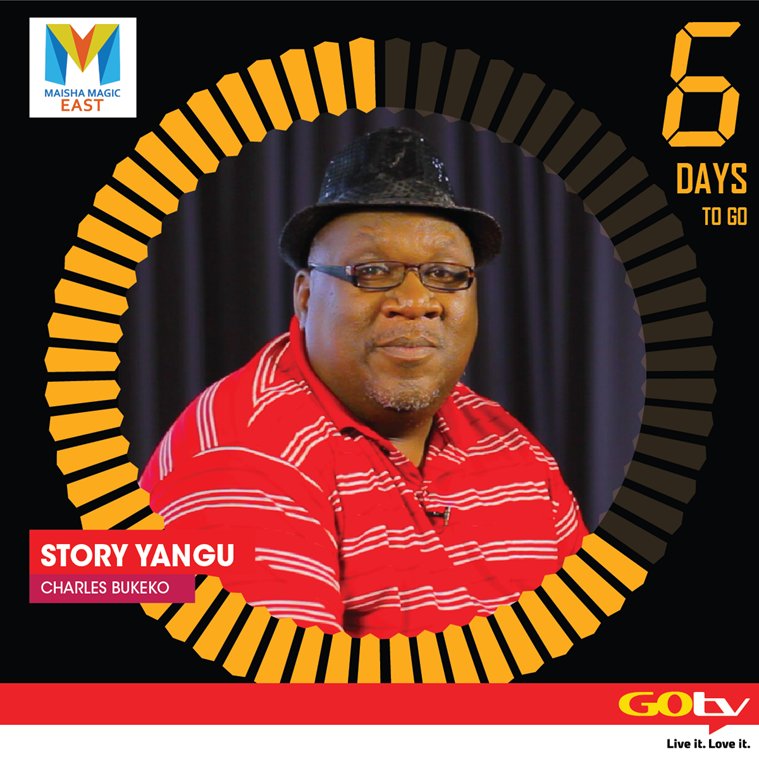 So, where does this leave Jeff?

There are 4 main TV stations in Kenya (if we don’t count the national broadcaster). These are KTN, NTV, Citizen and K24.

Since Jeff left KTN, we can rule that one out, leaving 3 stations.

For some reason, Jeff at NTV does not sound right to me. From their blue colour scheme to their less serious type of news content, it’s like they are not made for each other.

That leaves K24 and Citizen.

If I was to make a guess, I would say K24. They have Kenyatta money, Jeff is seen as pro-Jubilee, and they desperately need eyeballs.

However, as it turns out, I don’t need to make a guess after all. Jeff’s friend and the reason he got kicked out of KTN, Miguna Miguna, let the cat out of the bag.

If his word is to be believed, Jeff Koinange is going to Citizen TV. Miguna does not strike me as someone who would make blatant lies, so I’ll put my money on this.

He was replying to a troll on his Facebook page.

“Jeff is not complaining. He unveils his next program on Citizen TV next month and I’ll be on it.” he wrote. 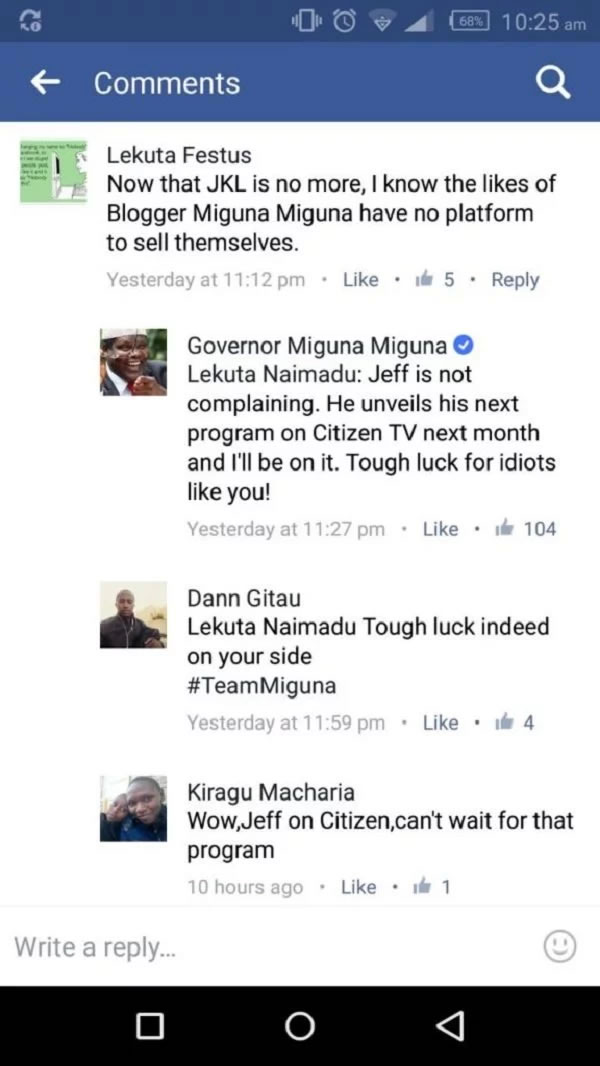 We’ll certainly be watching this space.

Before Wambui Married Bob: Bob Collymore’s Wife Responds to KOT Trolls in Epic Style < Previous
POLL: Do You Think Kalonzo Will Bolt From NASA? Next >
Recommended stories you may like: