Keeping Up With Jeff Koinange: A Look At His New Sh 80 Million Job

By Ken   /   Tuesday, 05 Feb 2013 09:10PM   /   Leave a Comment
By now, you may have heard that Jeff Koinange left K24, for a job in South Africa where he is reportedly earning $1 million a year. His new employer is Arise News, a new television network out to compete with the likes of CNN, BBC and Aljazeera.
He seems to have settled fast, in his role as news anchor.

Jeff started anchoring news on Jan 31, and was privileged to read the station’s first news, alongside Debbye Turner.

Arise TV was founded by Nigerian billionaire publisher Nduka Obaigbena, whose dream was to establish Africa’s first ‘CNN’. The station has its main news centres in London, New York, Johannesburg and Lagos. It also has a further 8 bureaus in different cities including Nairobi, Beijing and Rio de Janeiro. Currently, Arise News is broadcasting across Europe on SKY Channel 234, and is in the process of negotiating major distribution deals across the world.
The station had a ‘soft’ launch on Feb 4, but full broadcast operation is not expected until March this year. 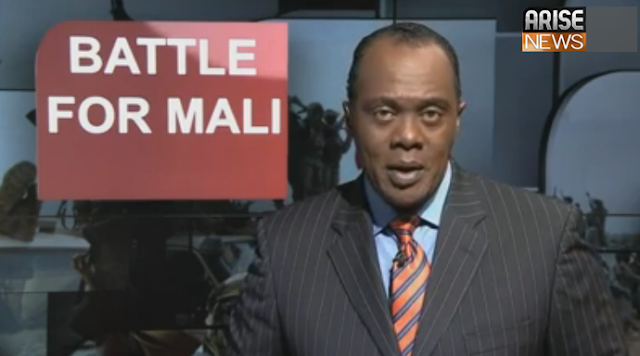