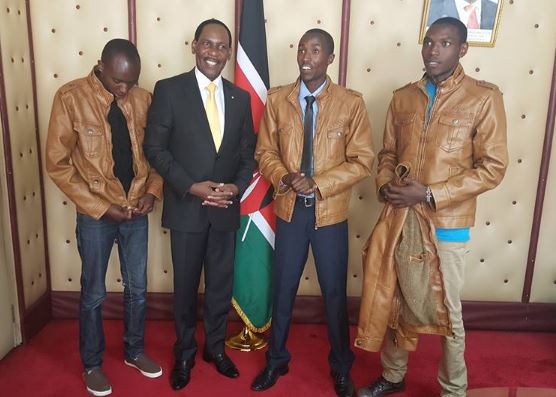 The group led by Kimutai Ruto has been the talk of the town recently following launch of the ‘Chaget’ Party. The group has also been receiving rave reviews for its parody video of the hit song ‘Muziki’ dubbed ‘Murski.’

So entertaining have the four comedians been that they caught the eye of Mr Mutua who took to Facebook to praise their work.

Captioning Propesa’s parody video, Mr Mutua wrote on Sunday: “This is the kind of creativity that should define and inspire our youth. Anyone who knows these guys please link them up with us. We want them to be brand ambassadors for KFCB!”

By Monday, he had already caught up with them and invited them to his offices to officially join the Chaget Party.

“Today I officially joined the Chaget Party of Kenya at a ceremony officiated by the party officials led by Propesa himself. . .My oh my what a reservoir of talent! These guys are using simple technologies to create and distribute content. They are using basic Kalenjin community culture to present comedy in ways only seen during the days of the Redikyulas. This is art at its best. These young guys exemplify the best in our youth. . .Ama namna gani!” wrote Mutua.

It remains to be seen whether Propesa landed the brand ambassadorial gig.

Some photos of the meet-up: 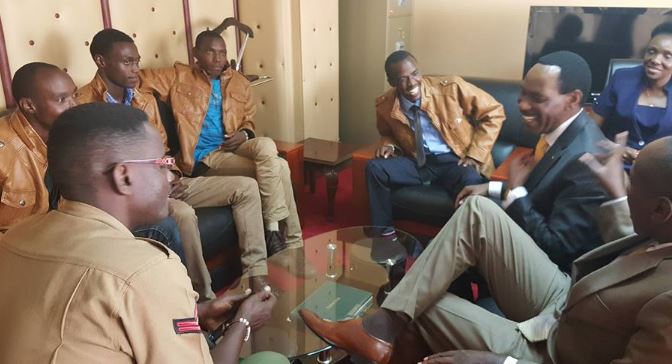 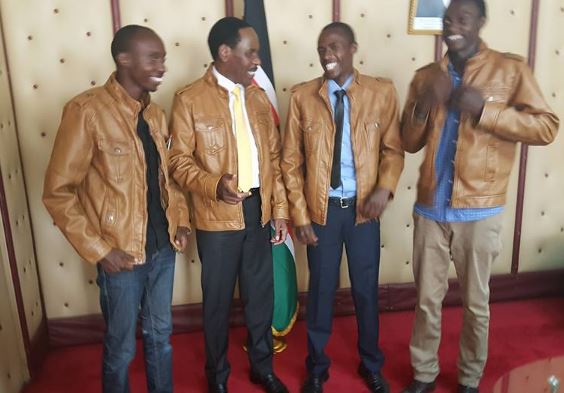 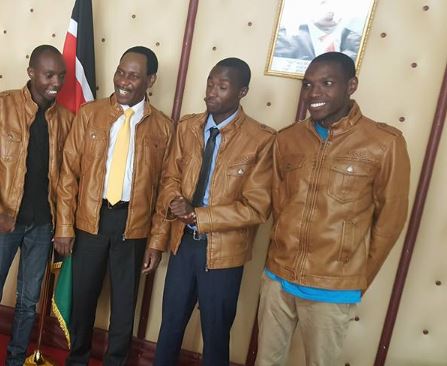 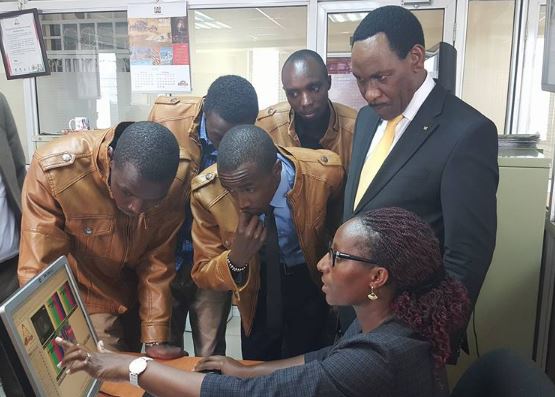