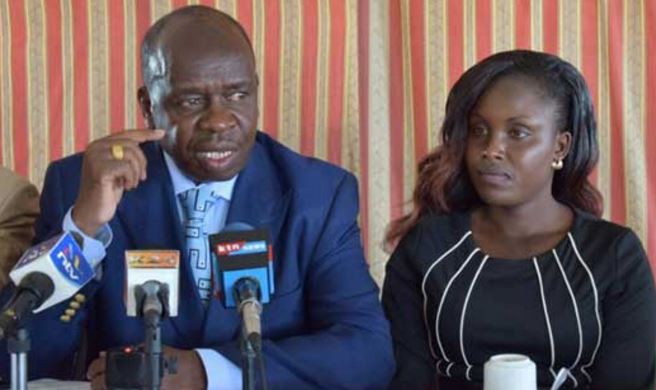 Mr Mututho will be seaking the Nakuru gubernatorial seat in the August elections.

Speaking at the Rift Valley Sports Club in Nakuru Town, Mututho said he settled for Ms Chebet, a CRE/Kiswahili teacher at Menengai Secondary School in Rongai constituency, because she connects with issues affecting the youth in the county.

“My running mate is youthful and will help me address key issues touching on the youth who form the highest percentage of the Nakuru population,” said Mututho.

Ms Chebet who hails from Kuresoi South constituency said she seized the opportunity after Mr Mututho announced he was looking for a female running mate aged between 28-35 years last year.

“Overwhelming demands from residents who saw my capability stirred my interest to back Mututho,” she told the Nation.

Ms Chebet, an orphan and a single mother of one, has her eyes set on being a governor by the time she turns 35.

“I want to speak for orphans, women, youth and the vulnerable,” she said.

Akothee Narrates Her Side of the Story in Bitter Fallout with Princess Jully and her Son < Previous
Police Arrest Teacher Suspected of Beating Standard Three Pupil to Death Next >
Recommended stories you may like: