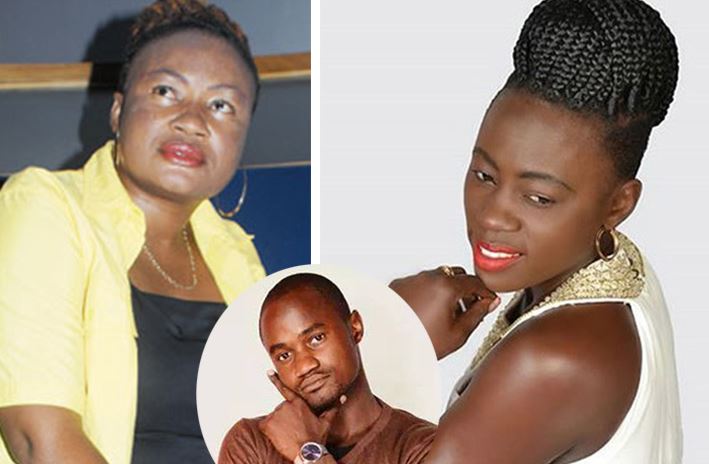 The ‘Benefactor’ hitmaker Esther Akoth better known by her stage name Akothee has taken to social media to address the ongoing feud with ‘Dunia Mbaya’ hitmaker Princess Jully and her son, Makajully.

In a long post, Akothee explains what transpired when she offered a helping hand to the struggling singer and welcomed her into her home in Mombasa.

Akothee’s explanation comes after Princess Jully’s son, Makajully – who had accompanied his mother to Akothee’s house – accused Akothee of stealing his mother’s lyrics and used them in the song ‘Benefactor.’

According to Makajully, the song ‘Benefactor’ was meant to be a joint project between his mother and Akothee but the latter made it hers.

Read the full narration on what transpired as told by Akothee below:

WELL, am so hurt this morning following the constant harassment I get from media trying to know what transpired between me & the queen of Benga princess July , It’s with a big shock that the family is now taking advantage of the situation & trying to paint my image in a negative way , I really don’t know what they’re motive is , but from the bottom of my heart I regret why I even contacted her in the first place , I saw it on media that she needed help so I asked my younger sister to fetch for her no. , I even consulted one of my friends & this was her answer ” mama be careful with most fallen artists, the pride doesn’t leave them even though the fame & money is gone , help her from a distance but don’t bring her close to you , you might regreat ” but with the kind of a heart I have I wanted to hear her side of story , so I contacted her , & invited her to come for a holiday in my home in mombasa , through this I was able to gauge & see where I can start from with the help, I sent her money to go to the hair dresser buy a few clothes & the rest for transport, after the money was spent, the son & said that his mother cannot travell alone, therefore I have to send transport for 2 , secondly I have to send money for her rent because her rent was in areas , I did exactly that , then they arrived in mombasa safe & sound , I accommodated them for 5 days inside my house not even at the guest quarters, for I wanted her to feel like part & parcel of me , unfortunately I realised she was always running away from photos when we were at the pool or dinning , “I have a permanent photographer who takes photos of me with or without guests , for my own memories ” so I was wondering why , then the son Makajuli, who was also dying to have a collabo with me , took a photo with his phone while we were dinning & posted on his face book page ! ” the mother , princess July became sooooooo mad & asked him to bring the photo down this were her words “wek keto pichana gi Akothee e Facebook, Ji biro Nena kode to weni osemiya milionde to onge kata gima osekonyago!!!!!” I stopped eating & took a deep breath, this was day 3 of our dinning , then on the 4th day , I asked her what she would like me to do for her

She said she needed a house soundsystem & a collabo with me for her come back , I din’t mind the three things she mentioned , I believe everyone has a dream , so I told her we better start small , I have sound system already I will hand it over to her but will also be part of monitoring how she makes money with it till she is stable ,then we can start with the house, she stood up with pride & beat her chest for me , that ” do you know who I am , I am princess July, she was on top of her voice that my kids came running down stairs in a shock thinking we had a fight , the son who is now coming up with stories so my anger , yes I am a human being I became so maaad, disappointed etc, I could not stand seeing them both in my house! the night was so long that I could not wait for morning to come ,so I release my guest , with disappointment, I heard the son opening my bedroom door

? coming to plead for the mother! I told him not to tress pass my privacy have some discipline & wait for me downstairs, this one even made me more maaad, so in the morning , I gave them a driver dropped them in a bus station gave her some pocket money & I was done , the son tried getting to me several times with many apologies, but look ,am human , I never had time anymore! I gave the 1 full week with me in my palace 24/7 ,they never took the opportunity , instead, greed & ungreatfulnes checked Inn , so why should I pick their calls “yawa kare ngama opielo wiye will piyo lakini ngama onyono chieth to wiye OK will , & if they continue with baseless allegations & media harrasing me I will sue them for interfearing with my peace , all the best for your new Album mama all is ot lost , God bless you, & IF I OFFENDED A WIDOW GOD BE MY WITNESS & PUNISH ME IN HIS OWN WAY . BUT IF AM INNOCENT FORGIVE THEM LORD