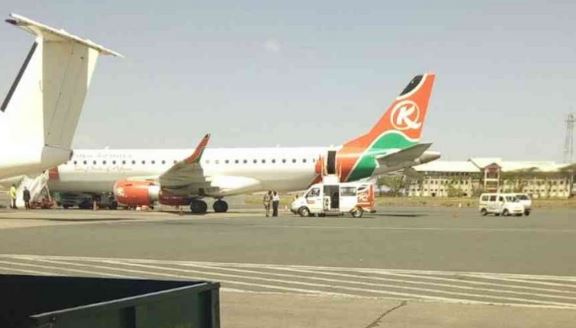 A 65-Year-Old man on Wednesday afternoon died inside a Kenya Airways plane ten minutes before take off.

The national carrier was forced to cancel the flight that was to depart for Mombasa.

The unidentified man was in the company of his family in the 1.40 pm KQ  606 flight.

According to passengers, the man appeared unwell upon boarding and had to be assisted by staff and ground crew. He died at about 1.30pm.

Police reported to the scene and moved the body from the plane.

The incident left dozens of passengers stranded at the Transit Lounge at the JKIA.

Here’s a video courtesy of The Star.