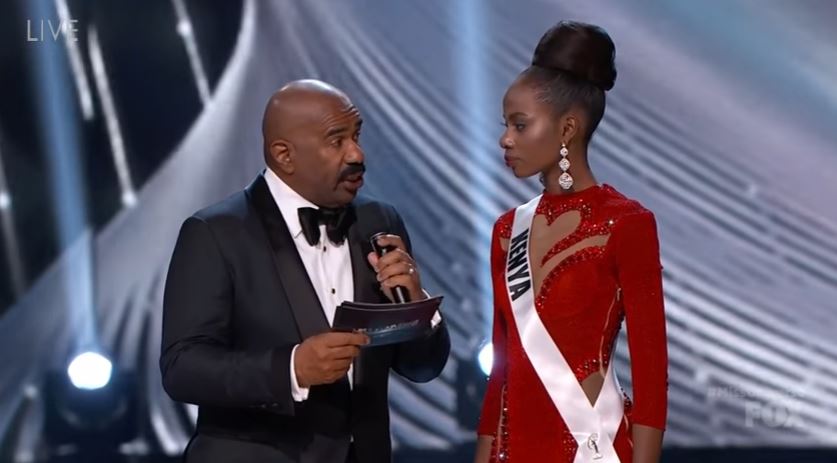 If you find yourself in a position where you’ll be asked about Donald Trump’s presidency so far, apparently, ‘he has unified America’ is not the right answer.

That could seem pretty obvious to most who follow US news, but not so much for Miss Universe Kenya Mary Esther Were.

Steve Harvey was once again the event host, despite his disastrous winner announcement last year.

When it came to the question and answer segment, Steve asked Miss Kenya what she thought about new US president Donald Trump.

Unfortunately, Ms Esther did not impress by claiming that Trump has ‘unified’ America. This was even as tens of protests against his policies raged across the US. Surely, even though in politics opinion is personal, unified was not quite right.

But most of those commenting online, having already been impressed by Miss Kenya, saw this as an unfair question to ask a foreigner. Some read mischief, saying it was a ploy to eliminate her.

#MissUniverse shouldn't involve politics in their questions, asking Miss. Kenya about Trump's presidency was totally out of order.

That question also left Miss Kenya in a tricky position, considering Trump’s involvement in the Miss Universe pageant, including owning it just recently.

All The Trending Images This Tuesday < Previous
Unbelievable: The SGR Passenger Coaches Are Worse Than a Village Matatu Next >
Recommended stories you may like: