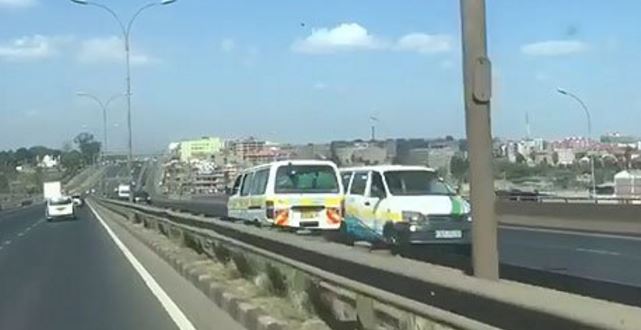 Following a social media outcry, transport regulator NTSA has blacklisted a matatu whose driver was caught on camera driving on the wrong side of the Thika Superhighway.

The matatu, registration number KBH 573X,  is part of the Runa Sacco and plies the Ruiru-Nairobi route.

NTSA director general Francis Meja condemned the incident noting it was highly dangerous as it endangered the motorists and other road users.

“It is unbelievable and ridiculous that someone can drive on the wrong side of the highway without fear. This is unacceptable,” he said.

“We are working with the sacco to apprehend the driver. He must face charges in a court of law,” he added.

The vehicle was taken to Ruiru police station.