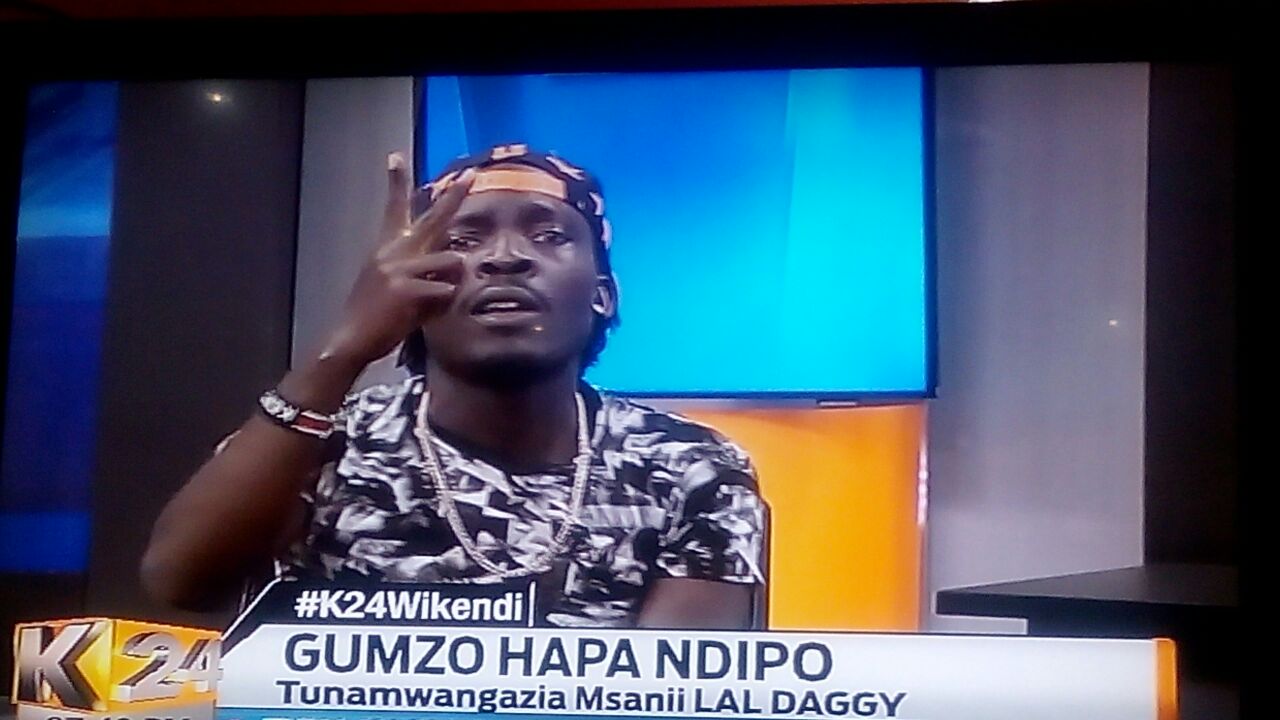 You may or may not have heard about Lal Daggy. Doesn’t matter because either way, you’ll be hearing a lot about him.

The rapper is currently on a media tour that has seen him camp at pretty much all major media outlets as he speaks of his music, plans and aspirations.

Some background. Lal Daggy is not like other rappers. He is special in that he is deaf. 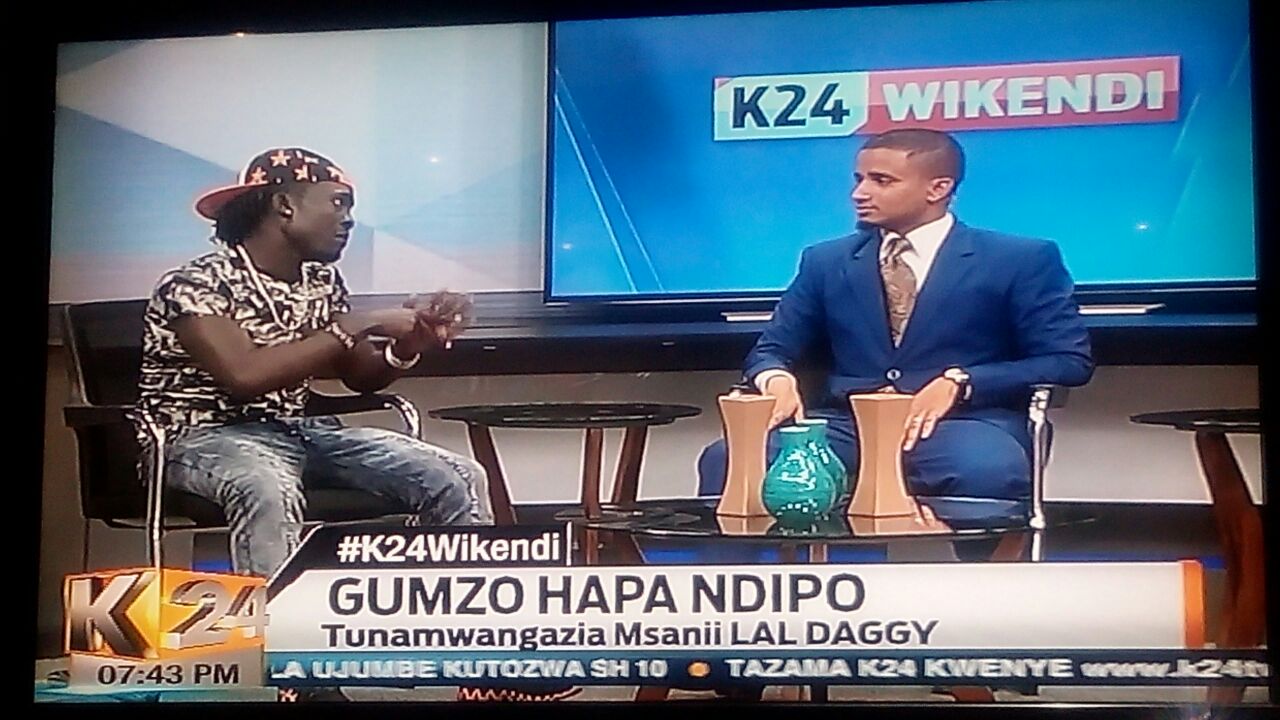 This is not someone you encounter everyday, and I can only imagine the obstacles he has encountered. The chap is selling the story of determination and talent. His entry into the fray is turning tables upside down, because traditionally a rapper should be someone capable of spitting mad rhymes, sometimes on short notice. For this you need to be able to hear… or so we’ve always thought.

Lal Daggy is already causing serious problems in the rap circles as he has vowed to provide alternative forms of rap as opposed to the regular crap talk we’re used to. He wants to make rap great again by injecting sense and meaning in a genre flooded with senselessness and arrogance.

Lal Daggy has already toured most of the country staging shows, and now he has grabbed the attention of none other than the head of state. He recently had an encounter with President Uhuru Kenyatta, and got an invite to State House. 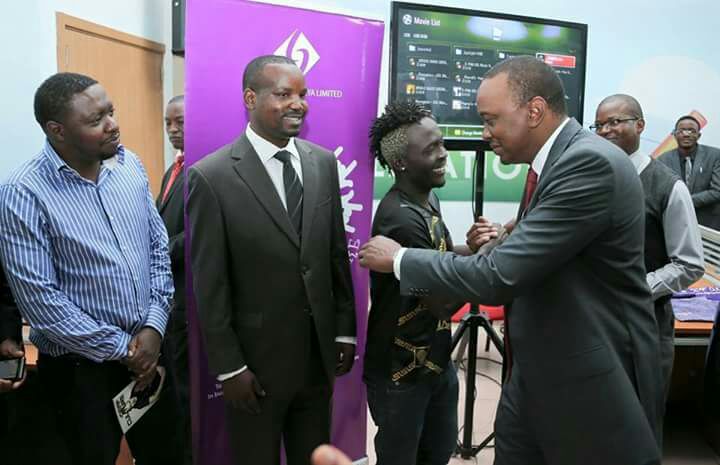 The rapper is also looking outside Kenyan borders. He has staged several shows abroad, with his latest ones being held in the South African cities of Johannesburg, Pretoria, Durban and Cape Town.

Not one to sit on his laurels, Lal Daggy has also been busy in the studio cooking up some major rap storms that he promises will upend the rap game as we know it.
“I’ve never seen so much determination and zeal in anyone. He’s quite the workforce. He’ll be up and running earlier than most people I know. He’s always up to something. Looking for ideas, pushing harder, grasping at opportunities, finding new sounds and innovating. Quite a determined soul, ” says Kizito, one of his managers and also a Director at Signs Media Kenya Limited. 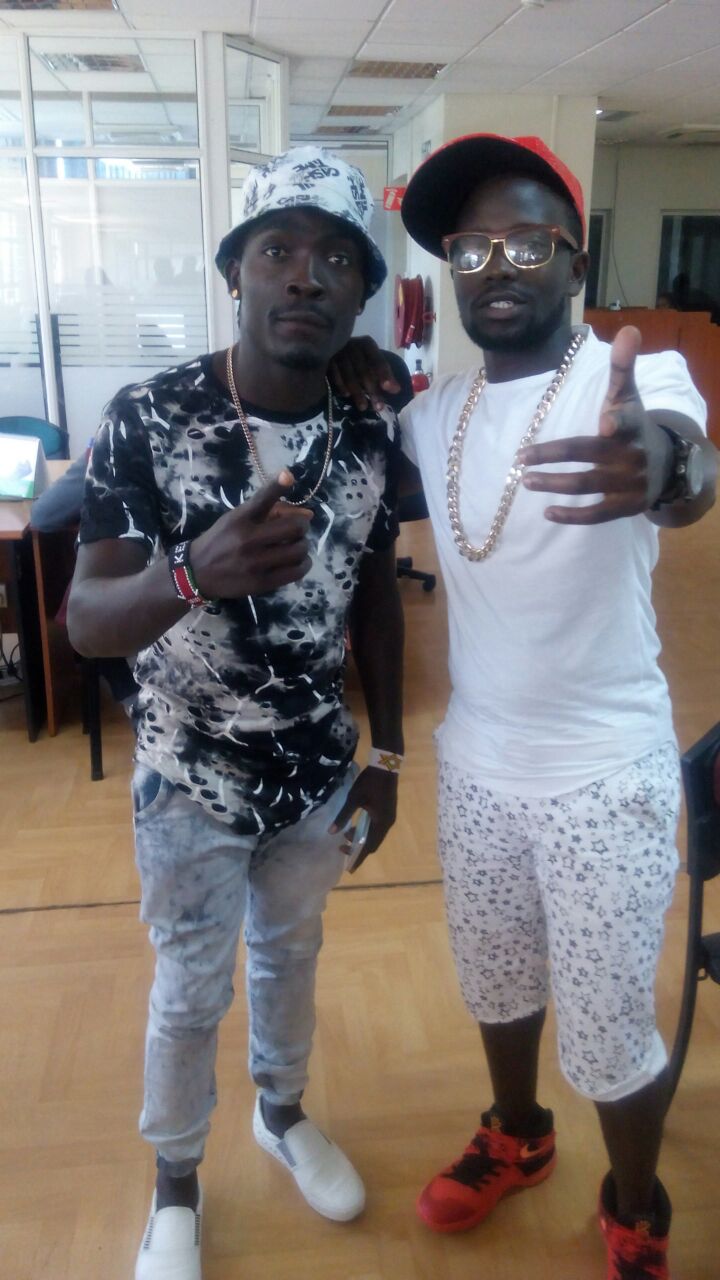 “South Africans were totally blown away by his spirit and unrelenting drive. Can’t wait for Kenyans to feel that energy and to embrace this new rap phenomenon, ” adds Jared Getanda, the other half of his management team who also represents Signs Media Kenya Limited.
Wherever he has been to, he captures everyone’s imagination, and his message keeps growing stronger and stronger.
“I’m not here to haggle over who is the King of Rap. Or who can rap fastest or who has the most followers on Instagram. I’m here to pump sense into the rap industry once more… Rapping in a way no one has seen or heard before. You could be the King of Rap but all your compositions and musical content has the maturity of a three year old. That’s not a King. That’s a Kid of Rap, “ Lal Daggy says.
Here is ‘Story Ya Machampion’ by Lal Daggy.
After ‘Bazokizo’, Collo Returns With New Hit ‘Jijue’ (Video) < Previous
“My Two Accidents Have Shown Me What Happens When You Run from God” Sauti Sol’s Savara Next >
Recommended stories you may like: