Details of the meeting remain scanty but it is believed the two may have talked about the political future of the country ahead of August 8 elections.

The former Head of State said he was happy to meet with Mama Ngina Kenyatta, adding that the friendship between the two families is growing stronger.

The courtesy call by Mama Ngina comes as Moi’s son, Gideon Moi is expected to decide whether KANU will join the opposition National Super Alliance (NASA) or support re-election of President Uhuru Kenyatta of Jubilee Party. 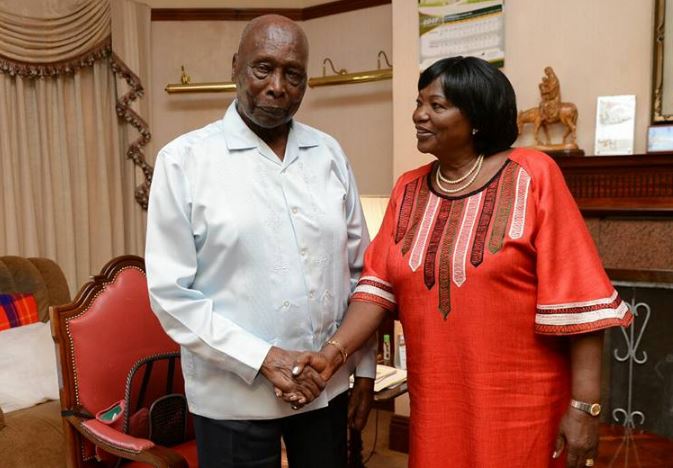 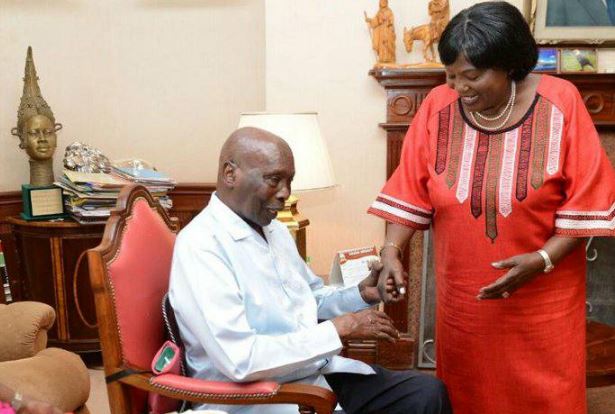 Starehe Woman Bites Off Neighbor’s Ear for Fetching Water for her Husband < Previous
Jealous Boyfriend Chops Off Teenager’s Arm for Flirting with his Form Two Girlfriend Next >
Recommended stories you may like: