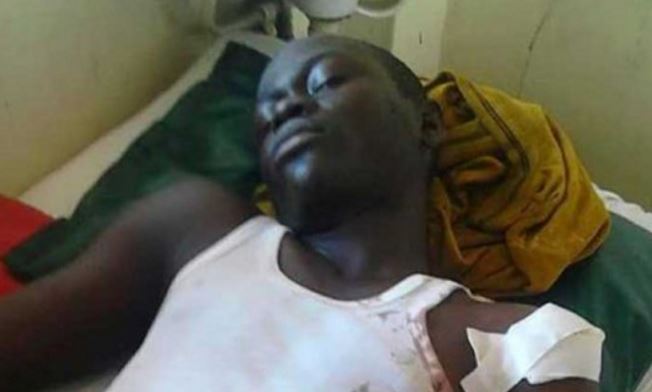 Police in Migori have launched a man hunt for two suspects who chopped off a 16-year-old boy’s arm after a love quarrel.

Kevin Odhiambo, who is currently admitted at Matata Nursing Home, is alleged to have been flirting with one of the suspects’ girlfriend during a funeral in the area.

“When Dinda saw his girlfriend talking to Odhiambo, he was really pissed off. He came accompanied with his friend Okoth Ondiek. He was carrying a machete, which he used to attack Odhiambo,” an eyewitness told The Nairobian.

Odhiambo’s uncle, Dennis Ogelo, said it was unfortunate that his nephew had to lose an arm over a girl.

“Odhiambo is an orphan and I have been taking care of him. It is sad since he was to report to  Kwoyo Secondary School on Monday 16, but now he is in hospital nursing serious injuries.

We rushed him here after he started bleeding profusely,” he said.

Mr Ogelo added that: “Dinda had warned Odhiambo against talking to the girl who was also at the funeral. He had seen them talking and laughing,” said the uncle.

“This is a young boy who just sat his KCPE the other day and was to join Form One, now we are talking about hospital bills instead of fees,” he said.