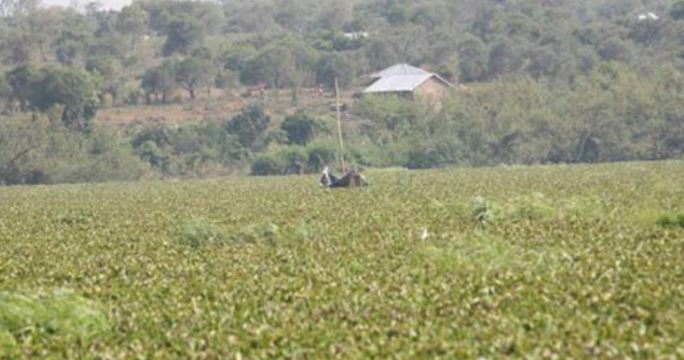 A group of four Ugandan nationals who were trapped by hyacinth in the middle of Lake Victoria near Wagusu Beach in Bondo sub-county have finally been rescued.

The four, Anasi Isabilie (48), Christopher Masariwa (27), Butwala Kulaira (25), and Aloka Goddy (28) were rescued by a team of local fishermen who cut through the hyacinth using machetes.

The four traders who hail from Bonja Beach Emunyege District in Uganda had been stuck about a kilometer from the lakeshore since Saturday 11 pm.

They were feared to be facing starvation as they had exhausted their food and clean drinking water supplies.

Their boat is also said to have been leaking as they were seen through zoomed camera lenses trying to empty water out of their boat using a yellow tin.

According to the chief of Central Sakwa location Mr Julius Nyerere, the four were rescued on Tuesday and taken to Wagusu beach at around 9.30 am.

They were then rushed to a nearby hospital for medical check-ups.