Form One Student Reports to School in Chopper (Pics) 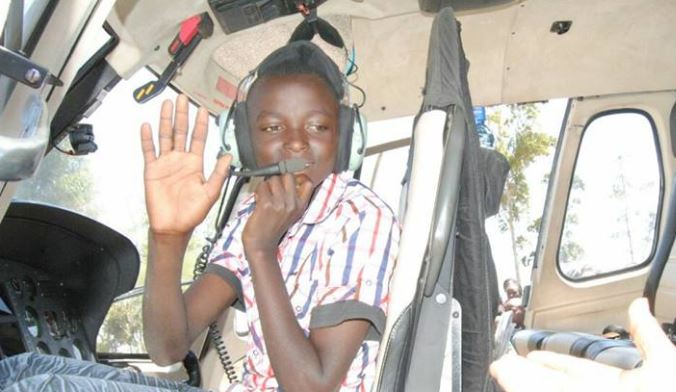 Nyeri High School students were on Wednesday treated to a rare spectacle after a form one student reported to school in a helicopter.

Kelvin Muriuki, who sat 2016 KCPE at Karicheni Primary School and scored 372 marks, was flown in a chopper courtesy of the Kenya Air Force Veterans Association.

The 14-Year-Old boy who comes from a humble background, dreams of becoming a pilot; and his education sponsors, the Kenya Air Force Veterans Association accorded him the rare treat.

Activities at the school were temporarily brought to a standstill when the copter carrying Muriuki, his parents and sponsors touched down at the institution’s playing ground.

Retired Colonel Joseph King’ori, an official of the Veterans Association, said Muriuki’s ambition to join the aviation industry caught their attention and they felt the need to chip in and make his dream a reality.

The veterans raised money to sponsor his education as his parents could not raise Sh53,000 needed by the school.

His parents Peter Nderitu and Margaret Wangui, who are casual laborers at a quarry where Muriuki would sometimes help his parents, managed to raise only Sh 2,000.

Muriuki had contemplated repeating Standard Eight until the well wishers stepped in. 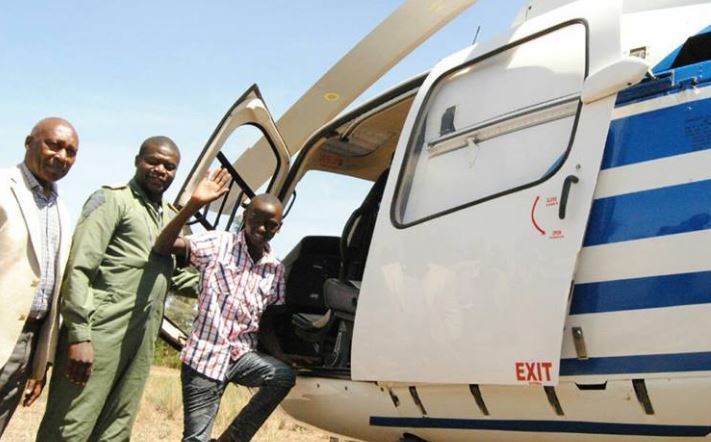 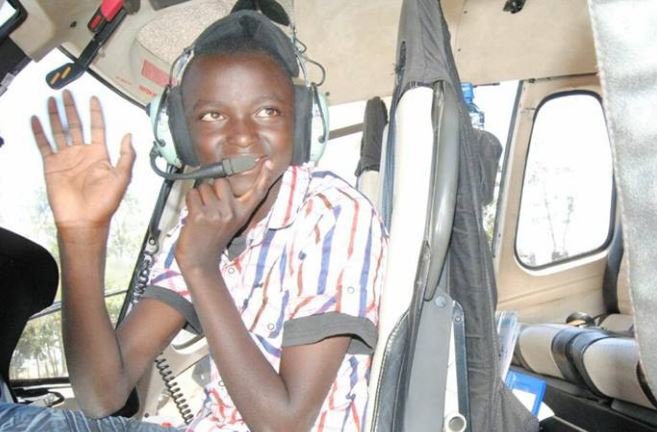 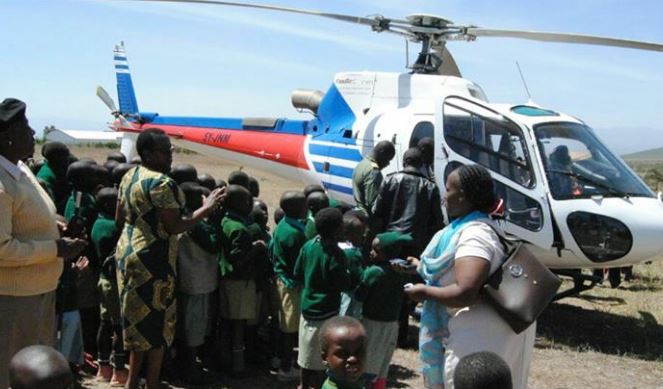 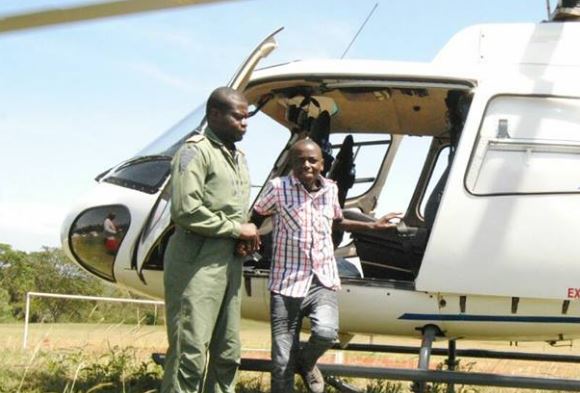 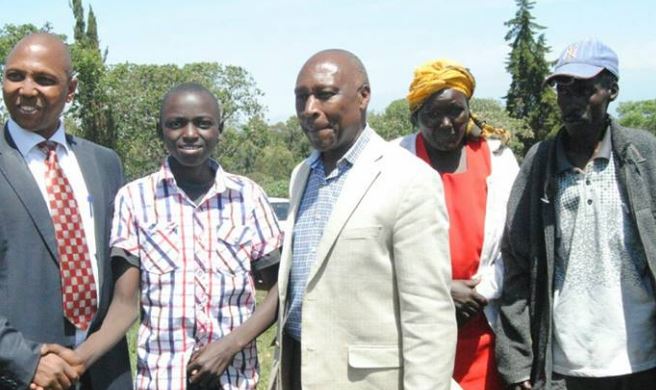 Radio Presenter Launches Bid for Nairobi Governor..His Pledges Will Crack You Up (VIDEO) < Previous
PHOTO – See How Citi Hoppa Punished a Rogue Bus Conductor for Mishandling Passengers Next >
Recommended stories you may like: