Radio Presenter Launches Bid for Nairobi Governor..His Pledges Will Crack You Up (VIDEO) 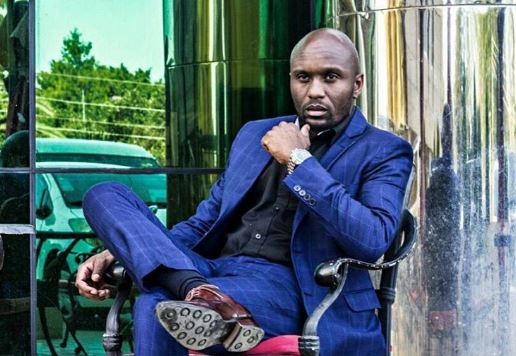 Kenya’s social media comedians are not joking around this year. Scratch that, they are actually joking around a lot. Everywhere you turn on social media there is something hilarious and we are here to make sure you don’t miss out.

Homeboyz radio presenter Mike Wachira is the latest to crack people up on social media after he launched his bid for the Nairobi gubernatorial seat.

In a video recorded at the HBR studios, Mike in his launch outlines the great things he plans to do for Nairobi which include bringing sand to Uhuru Park.

In another clip, he is seen handing out tenders to his ‘constituents.’

I have officially launched my bid for Governor of Nairobi ! Thank you all for your support ! Please apply for a tender as you leave my office .Thank you

Hi . I’m Mike “Mzito” Wachira and I am running for Governor of Nairobi 2017. Kenyan’s love to beach ! Thats why my campaign will be launched at the new beach at Uhuru Park and is titled TLC (Tender Loving Care). I promise to.carefully dish out government tenders with lots of love and care to all my supporters. Oh and I will.also.bring back goodie goodies ,patco.and ball.gums. Asante. Pamoja Tuhangaishe Wakenya ???

Today my constituents came to see me about my “Tender” Loving Care project . Please support my bid for Governor of Nairobi County by sharing widely. A short film by @djniche254

How To Buy Liquor Online And Have it Delivered in 2 Hours < Previous
Form One Student Reports to School in Chopper (Pics) Next >
Recommended stories you may like: