Boniface Mwangi: I am Anguished Because my Wife and Children have Been Included as Targets 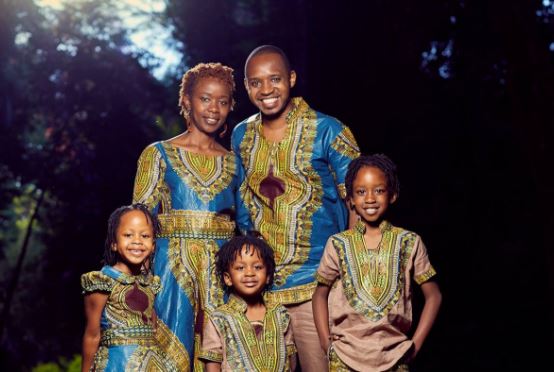 The celebrated photojournalist, activist and author Boniface Mwangi has taken to social media to share with his followers about “the hidden war in his life.”

According to Mr Mwangi, since he became an activist his life has changed significantly because of death threats and intimidation.

While those claims are not new to many, Mr Mwangi says the threats are taking a dangerous tone because, for the first time since he began activism, his wife and children have been included as targets.

“My life has been haunted by all kinds of threats. Some close friends know about the intimidations that I receive, but I have always been reluctant to go public about them. I did not want to ever be the boy who cried wolf.

In the past five years, I have publicly been accused of many things. In 2013, for example, during the Love Protest on Feb 13, l was accused of trying to overthrow the government with the backing of the US government. I was neither investigated nor arrested for this alleged treason even after the National Security Advisory Committee made these serious and outlandish allegations. These were blatant lies and cheap attempts at discrediting my patriotism.

In 2014, l received credible death threats that led me to write to the president. Upon delivery of the letter, the threats promptly disappeared. In November 2015, I took part in a protest against insecurity and there were thugs hired to stab me during the peaceful protest in the streets of Nairobi. I reported the matter to the police with images of the goons and video footage of the confessions, but no investigation was ever carried out.

My close family and friends are in constant fear for my life. My mother-in-law even has a permanent prayer chain of friends who pray for me daily. Do I fear for my life? It’s the question on everyone’s mind and it comes up at every interview or talk I give. Like most humans, I am afraid of death, but often my convictions for a better Kenya have overcome this real and palpable fear. It is a great sacrifice to die for Kenya, but an even better one to live for her.

Since l became an activist, my life has changed significantly. I can’t be out alone late at night. A veteran politician once cautioned me that evil loves the dark. I am constantly looking over my shoulder. When working late or hanging out with friends, l must ensure I am with trusted company. I cannot speak freely on my phone. I have had to adjust my life drastically as I cannot afford to take these threats lightly. Routinely, supportive friends with access to info will send me information shared by people who have been paid to spy on me. In spite of these chilling reports, I refuse to be intimidated into silence. I refuse to be paralyzed by fear.

I am anguished because the threats are now taking a more dangerous tone. For the first time since I began engaging in activism, my wife and children have been included as targets. The source of the threats claims that because I have refused to be bought and won’t compromise, I have put my family in danger.

I shared these threats with fellow Human Rights defenders who convinced me to have my family leave the country late last year. I remained behind all the while being followed and monitored by people who were looking for an opportunity to do me harm. I left Kenya for South Africa and when l came back l was still been followed. I was then advised by fellow human rights defenders to leave the country for awhile. I left and took the opportunity to promote my book in the US. In the past month I have managed to conduct a successful book tour with the support of good friends in the Diaspora.

While the book tour experience has been amazing, deep down I am emotionally drained. I want to come back home.

We were meant to travel back last week, but then I received a frightening warning message: “DO NOT COME HOME: THEY WILL KILL YOU.” To prove the message’s authenticity, my source shared specific details of how they intend to hurt me and my family. It has broken my heart to see my wife cry, almost everyday. In her tears she keeps saying, “You fight for Kenyans everyday, but who will fight for me and for our children?”

As I write this, I am on my way back home. I intend to make a statement of the current threats to the police. They may not do much about it, but I will have done my part in reporting. My family will follow once I have shared all the information I have with the police.

It is only cowards who kill women and children. It is cowards who praise the people who illegally acquired wealth and are continuing to impoverish our nation. I chose not to be a coward. I shall also expect a response from the state. A state loses its legitimacy if it cannot protect the lives of its citizens and their property.”

Hilarious Meme Compilation (Tuesday January 31) < Previous
All The Trending Images This Tuesday Next >
Recommended stories you may like: