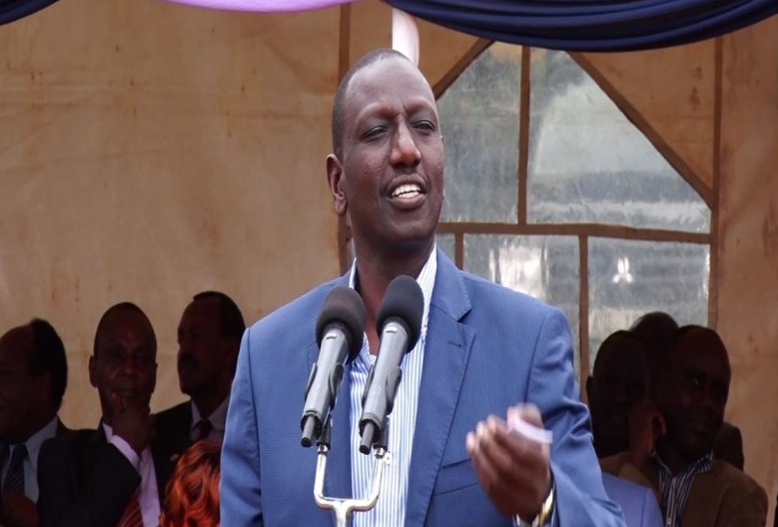 Deputy President William Ruto has hit out at the Coalition for Reforms and Democracy (CORD) terming it a confused group of people without direction.
Speaking during a fundraiser at Mulathankari Girls in Imenti North Sub County, Ruto said that CORD is still gambling on who its candidate should be.
He singled each of CORD’s principals: Raila Odinga, Kalonzo Musyoka and Moses Wetangula, and teared into each amidst bouts of laughter from the crowd.
On Raila, William Ruto said, “Mara wanasema ni ule mganga tunaskia amebaki na risasi moja. Sijui ni risasi ya kupiga nani!’ (First they say it is the witchdoctor we hear has remained with one bullet. I don’t know who the bullet is meant for).
He also mentioned Kalonzo Musyoka’s ‘watermelon’ nature, and Moses Wetangula’s recent marital problems.
Watch below:
Mike Njenga – Hehehehe!!!! Eish DP | Facebook

The Hottest Stories on the Internet Today (Monday June 13) < Previous
‘I Wasn’t Such A Good Wife After All’ – Kendi Ashitiva’s Inspirational Story Next >
Recommended stories you may like:

My Hustle – I Make Tasty Snacks From Ugali Crust