MUST READ: 16 Things That Will Happen If Ethnic Clashes Break Out in Kenya 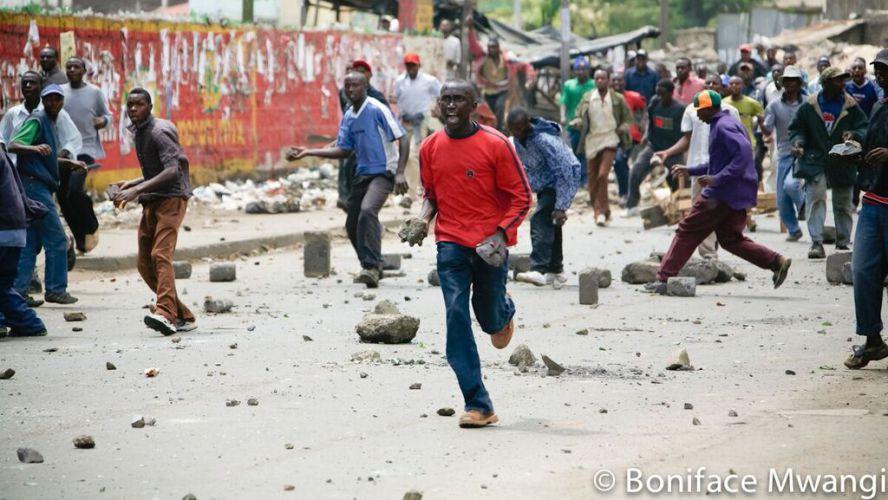 “Whenever I see those South Sudanese registered vehicles in the streets of Nairobi, a number of things come into my mind:

1. What brought all those vehicles to Nairobi?
2. What if what happen(s)(ed)(ing) in South Sudan happened in Kenya?
3. Why is the Kenyan political class obsessed with making our country another African “basket case”?

I came across an article in the Star Newspaper with an article titled “ODM’s Statement Regarding the Statements made by Kinuthia and Moses Kuria”. I also listened to Kinuthia (or whoever that was) stating that members of the Luo community should vacate Nakuru. The Kenyan social media is ablaze with hate speech or is it ethnic-inspired vitriol?. It is despicable what is happening.

There are however a number of things (many things) that will happen if both sides make true their threats. Here is a sample:

1. You will kill each other, blood will flow.

2. If the violence goes unabated, the effects will start being felt after a week. There will be no fuel; your refrigerator will have nothing apart from the noise coming from the compressor (that is if you are fortunate enough to own one); Stadiums will be filled with people running away from the gory scenes in the suburbs and the slums.

3. CNN, BBC, MSNBC, Al Jazeera and all those cable news networks will be all over the place. Hovering like vultures. Their Nairobi bureau (or their Dar es Salaam bureau) will be booming with activity. The will retreat for news from Syria or about a dingy carrying Kenyan migrants (they refuse to call you refugees) that has sank in the middle of the Mediterranean and come back with breaking news about a massacre in Nakuru or Kisumu or Kibera.

4. You will be forced to move out of the country. Lucky you if own a passport and have some dollars with you (Kenyan money will be s#*t money; worthless like the paper it is printed on). You will probably move to Zimbabwe (They don’t require an advance visa application if you are from Kenya). The poor ones will troop to Tanzania or Uganda with probably a blanket, a mattress, a handful of clothes and a few worthless Kenyan currency notes.

5. You will meet in the refugee camps. You will be forced to live with the njaruo or okuyu that you despised back in Kenya and whose blood you bayed for. You will be asking your okuyu or njaruo neighbour about what happened. If you may not have learned a lesson or two, you will probably start fighting in the refugee camps like they have done in Kakuma and South Sudanese IDP camps.

4. The world will respond to humanitarian situation in Kenya. This will probably be after it is satisfied that enough has been killed to create enough shock value.

5. Jamie Foxx or Anjolina Jolie or any of those showbiz “heroes” will start a “US for Kenya” or “Kenya 2017”. They will probably do a remix of Michael Jackson’s “We are the world”. Funds will flow. There will be‪#‎SaveKenyafromCivilWar‬ on Twitter and Facebook. But remember that‪#‎BringBackOurGirls‬ did not bring back the Chibok Girls.

6. A photographer from the New York Times will visit one of those refugee camps and take a heart wrenching photograph accompanied with a very sad story. He will probably win a Pulitzer for highlighting the plight of Kenyans in the refugee camps.

7. An evangelical church in Wichita, Kansas or Jonesboro, Arkansas will publish images of malnourished children (sent by missionaries working in the refugee camps) exhorting the members to give generously for the improvement of the lives of those children suffering in refugee camps in “Africa”.

8. You will remember that before the violence, you were working and that you had attended some village university named after some dead Kenyan politician. You will probably seek a job in whatever country you would have settled in but they will tell you they don’t recognise that university and have never heard of it. You will realise that you were a student in some elevated village polytechnic.

9. Woe unto you if you used your passport to gain entrance to South Africa. You will live with the indignity of being a “makwerekwere”. SAQA will demand to have copies of your degree certificates certified and you will have no country to turn back to to have that done. You will probably use the few coins left on you to start a beauty parlour or a spaza. A fall from grace (from a middle class keyboard ethnic warrior to a shopkeeper).

10. If you settle in the United States, you will be lucky to land a job as a car park attendant. You will rue the day to egged your tribal warlord on. You will the focus of dirty Republican versus Democratic Party politics. You will end up as morgue attendant or something you looked down upon to barely put something in your stomach. You will remember your life in some middle class suburbs and reflect over your better days. Your degree certificate from Kamau Otieno University of Science and Technology will worthless; toilet paper.

11. Then PBS will make a documentary. They will probably call in “Ghosts of Kenya” or “Shaking the hand of the Devil”. It will air in the United States and the humanitarian aid agencies will use its shock value to ask for more humanitarian support for Kenyans in Africa.

12. Idris Elba will be tasked by MGN or Universal Studios to take a starring role in a movie about the violence. They will probably call it “Hotel Serena Talks, The Dogs of the World, Hotel Nairobi” or some fancy name to ensure that it breaks Box Office records. He will probably win an Oscar as you suffer the stench coming from the infirmary and makeshift morgue just behind your tent in some Godforsaken refugee camp in Tanzania or Uganda.

13. Then they will forget about you. Kenyan news will no longer sell and they will probably move on to news about the successor to the then probably-vanquished ISIS. The successor to ISIS will probably be hijacking more planes and ripping open the bodies of American journalists on live TV; a new shock for the world.

14. You will reminisce the good old days. Like John Ruganda, you will probably write another “Shred of Tenderness” (That is if you were an educated tribalist masquerading as an academician in Kenya). You will write about the travails of life in the refugee camps and how glorious the past was.

15. Then we will be another Somalia. Since we deliberately killed the International Criminal Court in defense of our war lords, the world powers will not be bothered about the crimes against humanity, crime of genocide and war crimes committed in Kenya. They will laugh you off and remind you about the “monkey chants” you made about the ICC during your better days.

16. The guys at the top will probably agree to share power and they will write a joint newspaper article (like was done by Salva Kiir and Riek Machar) in the New York Times with the title “South Sudan(read Kenya) Needs Truth, Not Trials” which is high brow BS disguised as genuine concern.

And then you will remember that the likes of Mohamed Wehliye and Silas Gisiora Nyanchwani warned you that when you burn the country, you will be forced to share the refugee camps with the njaruo and okuyu you fought against.

Before you type that silly comment about Jubilee or CORD supporters or about a njaruo or okuyu, remember that you will on your own when the violence takes its toll on you.”

Loading...
PHOTOS – Deputy President William Ruto Presents PhD Thesis at UoN < Previous
I Support Ezekiel Mutua Because My Cousin’s 3 Year Old Daughter Wants Condoms For Her Birthday Next >
Recommended stories you may like: