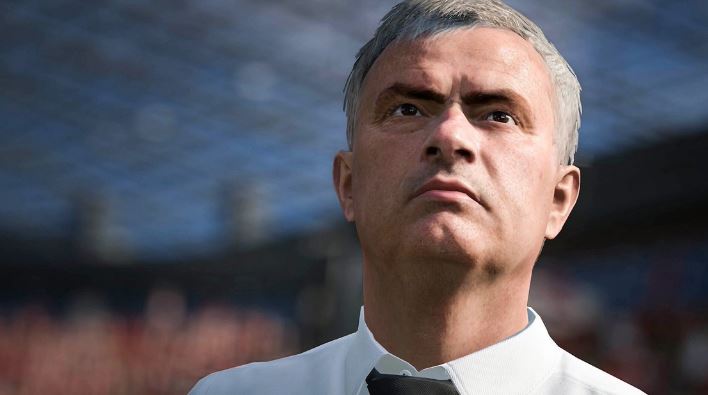 Jose Mourinho made a surprise appearance at a FIFA 17 launch event last night as the host ignored him to wax lyrical about Pep Guardiola, Jurgen Klopp and Arsene Wenger.
EA Sports yesterday revealed an awesome new journey mode feature to the game, which will see gamers given the opportunity to take over the character of Alex Hunter and experience making it in football.
The trailer was released to much fanfare and centred around Manchester United, with game version of the new Old Trafford boss featuring.
The host was speaking at the start of the E3 video game expo about the new mode and how every Premier League manager would now be in FIFA 17.
And he picked out new City boss Guardiola, legendary Arsenal gaffer Wenger and popular Liverpool manager Klopp as evidence of just how big that news is.
But, as he praised those three managers as the best in the world, Mourinho walked out on to the stage to the shock of everyone in attendance:
Here’s the video, plus FIFA 17 trailer.