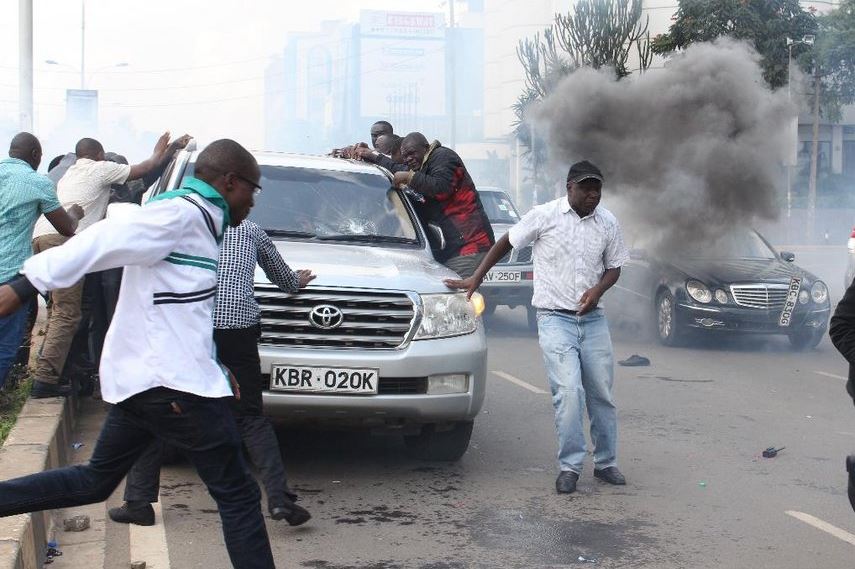 Madaraka day came and went without much incident.
The government had declared that no rally would happen at Uhuru Park, but quickly changed their minds when a court order on Tuesday said that Cord’s rally was legal.
However, their reasons for denying Cord permission to hold the rally in the first place had not changed. They had said that it was a matter of ‘National Security’, something that should not theoretically be wished away by a Court order.
Which leads keen observers to conclude that the main reason the government allowed Cord to hold their rally in the city is because South Korean President was in the country and the Turkish President was arriving later in the afternoon.
It would be unwise to have teargas all over town when two prominent foreign heads of state are around.
If there is a chance that is the reason the rally was allowed to go on, then we might conclude that police interference is the reason the demos have been turning ugly. The police stayed clear on Madaraka day, and as a result the rally went on mostly without drama. It would have been a whole different story if a single tear gas was thrown.
What if Cord is allowed to match to Anniversary with the police not throwing tear gas or using water canons. Will the demonstrators throw stones?
What if the police act on individual muggers within the demonstrating group, and provide security to the rest?  This is what happens in more civilized states. I think the demos would be so boring only a few would turn up next time.
Do you think the police are the main reason Cord demos have been turning ugly?