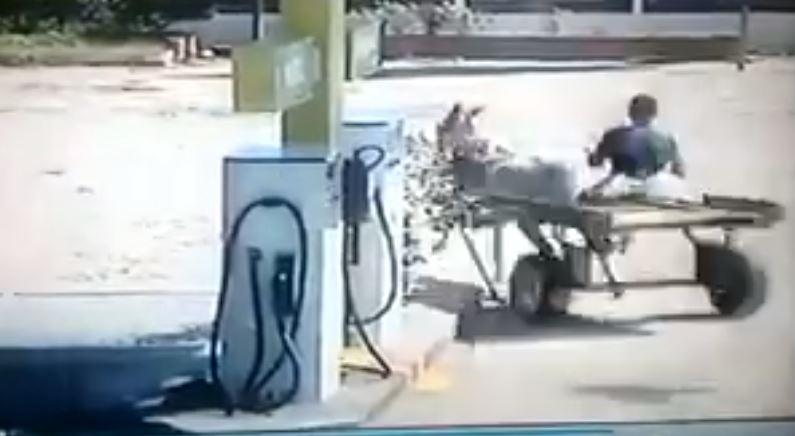 A popular Finnish proverb states that an accident won’t arrive with a bell on its neck. Road accidents not only involve motor vehicles but donkey carts too as one guy and his donkey came to find out recently.
A CCTV footage shared on the interwebs shows the moment the clearly overspeeding donkey cart tumbled over near a petrol station. You would think it was overspeeding as if to prove to petrol station attendants that it doesn’t need fuel to burn that rubber.
While the guy in control clearly suffered a terrible fall, guys on social media felt more for the donkey that fell flat on its back.
Check it out:
Neel Akber | Facebook

PHOTOS – Check Out how a Baby Named After the Late Fidel was Baptised at Roho Israel Church < Previous
QUIZ: What is Your Mental Age? Next >
Recommended stories you may like: