VIDEO: Here’s That Kikuyu Scene In The Latest Star Wars, The Force Awakens 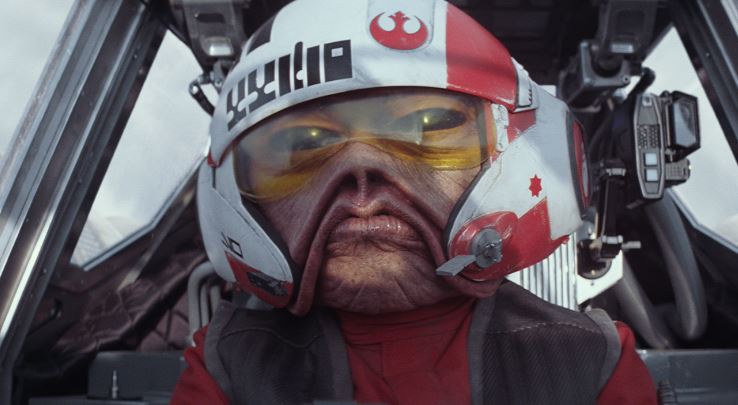 Star Wars: The Force Awakens was the biggest movie this year, raking more than $2 billion in the Box Office.
It is well known for the use of ‘alien languages’. However, they do use some little known languages from different parts of the world.
We had already told you of the kikuyu scene in Star Wars Episode 6.
Here’s Episode 6 Kikuyu scene.

In the latest installment, Episode 7 (The Force Awakens), they secured the services of the same voice artist Kispsang Rotich.
The same character, Nien Numb, once again spoke a few lines of Kikuyu, actually just four words.
“Nĩmakũmũhũra,” he says before the scene cuts. That can be translated in two ways; “They will beat you”, or “It’s for beating you”
Nien Numb was referring to the bombs they were just about to drop, so probably the second translation is more accurate.
In his second Kikuyu line, Nien Numb says, “Acio mokĩte mũno.”
That loosely translates to “They are coming,” or “They are coming very fast”
Here’s that segment.

Jirongo: Jacob Juma’s Troubles Started After He Physically Assaulted DP Ruto Recently < Previous
“She is my friend but she can be loud at times” – Jaguar Dismisses Akothee beef Next >
Recommended stories you may like: