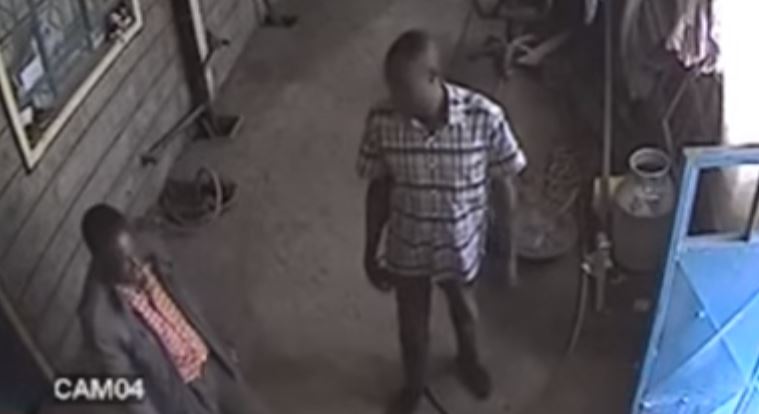 Five police impersonators were captured by CCTV cameras stealing from a Nairobi scrap metal business on 14th May 2016.
The five are reported to have arrived at the residence which is also the workplace of James Maina in Pipeline, Embakasi and found his employee. They ordered the worker to load over 150 kgs of scrap metal on a vehicle before ‘arresting’ him.
The suspects deceived the worker that they were carrying out investigations on stolen valuables but upon reaching the police station they let him go.
The shocked businessman took the CCTV footage to Crime office in Embakasi, where investigating officers confirmed that the people in the video were fake officers.
Here’s the full report courtesy of K24:

Cord to Hold Parallel Madaraka Day Rally at Uhuru Park < Previous
“Miguna Miguna is Suffering From Acute Dementia” – Mike Sonko Next >
Recommended stories you may like: