Cord plans to hold a parallel rally at Uhuru Park grounds on June 1st during Madaraka day celebrations. Meanwhile, President Uhuru Kenyatta is expected to lead the national celebrations at Afraha Stadium in Nakuru.
In a letter dated May 23, 2016, the Coalition has notified police of their plan and asked for adequate security. The letter was sent to Nairobi police commander Japheth Koome and was received and signed on the May 25.
Cord said that the rally will celebrate civil liberties and freedoms, and reaffirm the quest for constitutionalism in Kenya.
According to Cord secretariat CEO Norman Magaya, the rally will be attended by Cord Principals Raila Odinga, Moses Wetangula and Kalonzo Musyoka.
The Madaraka Day celebrations at the Afraha stadium mark the first time the public holiday will be held away from Nairobi.
Here is that letter: 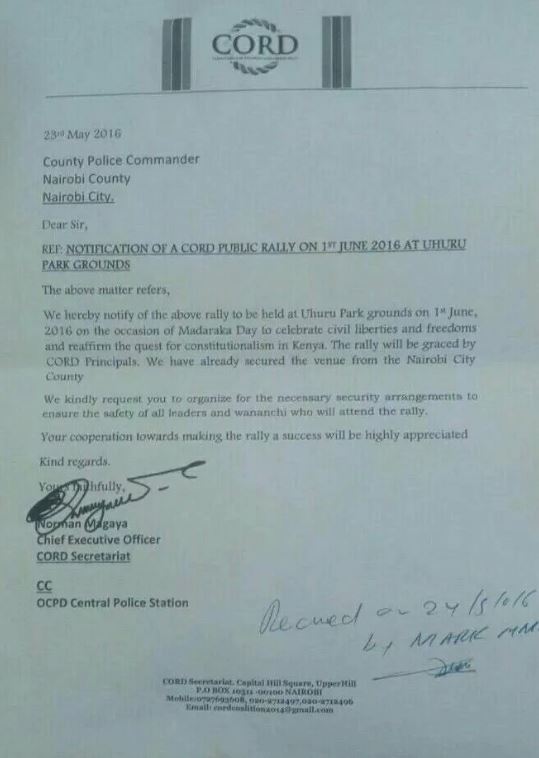 The Hottest Stories on the Internet Today (Thursday May 26) < Previous
Police Imposters Caught on CCTV Stealing in Embakasi (VIDEO) Next >
Recommended stories you may like: