Five suspects were arrested on Sunday after Ministry of Health officials raided a bogus yoghurt manufacturing and distribution syndicate in Nakuru.

The officials seized over 200 litres of the yoghurt manufactured without milk and which has been finding its way into the markets of Nakuru and its environs. The five were apprehended at their manufacturing den in Manyani estate, where the health officers together with the police destroyed the fake yoghurt.

Speaking after busting the illegal syndicate, Nakuru East Public Health Officer Vanice Kwamboka said that the officers were on a different mission concerning the polio vaccination exercise, when locals tipped them off.

It was reported that the ingredients used for making the product included corn flour- a product specially made for thickening soups, sauces and gravies, food colouring, and henna – a product used for decorating nails and dying hair.

The officers were further surprised to find that the products bore the Kenya Bureau of Standard quality logo, on 300ml and 500ml bottles.

The product going by the name Optimum is widely consumed in Nakuru especially by travellers, as it is hawked in the town with the 500ml bottle selling at Sh70 compared to rival products retailing at Sh100. 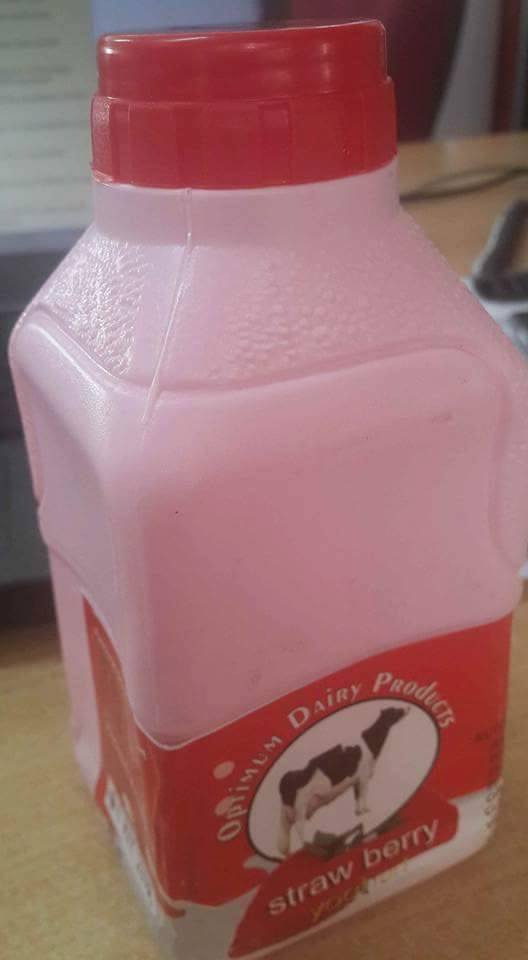 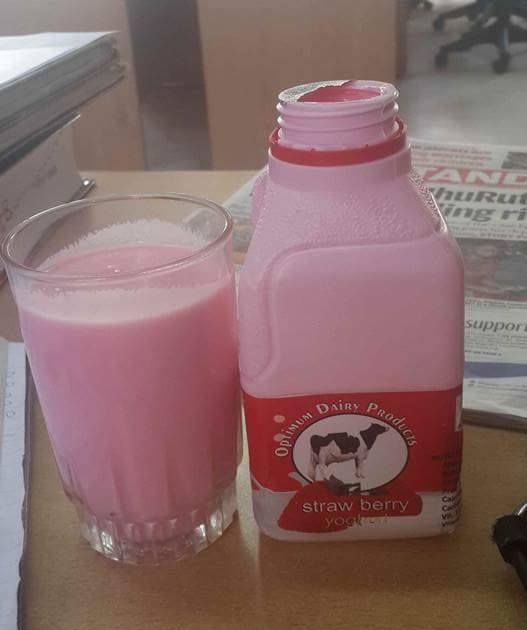 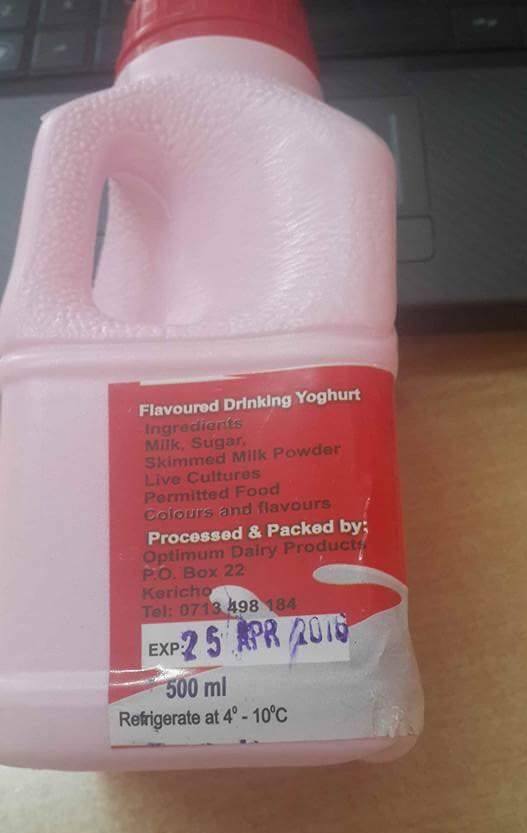