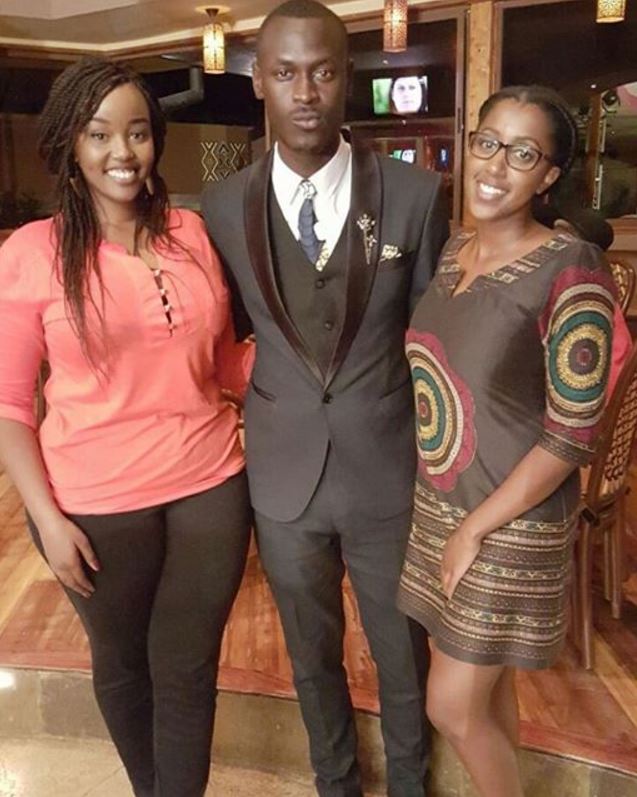 High flying Kenyan rapper King Kaka has hit out at the alarming tribalism being exhibited by some Kenyans. The ‘Papa’ rapper was driven to the wall by a fan who attacked him for collaborating with music group Elani, prompting him to take to social media to rubbish such ‘stupid nonsense.’
The twitter user tagged the rapper and Elani in two tweets, one of which read: “Kikuyus are enemies of Luos, stop making music with these cockroaches.’ 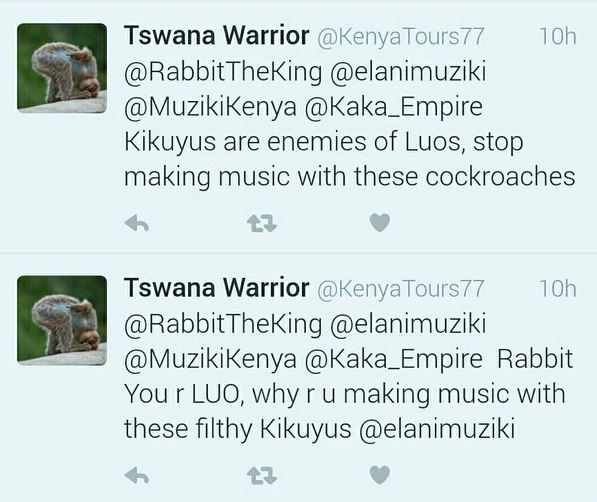 King Kaka worked with Elani to release the hit ‘Papa’, which has been well received.
Responding to the tweets, King Kaka started by introducing himself as a Kenyan and narrating his first hand experience with tribalism back in 2007.
“My name is Kennedy Tarriq Ombima, I am Kenyan. nakuwanga na Tabia Flani, when I meet someone I never ask what your tribe is unless sikumoja uropokwe but I will never ask. I remember very well in 2007 just before the elections we were from a gig in Kisumu with Chiwawa thanks to Ade, boarded a new Akamba bus and on the way the bus was stopped several times and the people were bitter and that’s when I saw tribalism kwa macho. Tribalism Ended up killing over 1000 people hivyo tu.” He wrote.
He went on to state that Kenya has over 40 tribes for a reason.
“We Co-Exist in this small growing country of ours, I mean Kuna corruption which we are still fighting, economy iko messed up, employment Ni shida na kadhalika. I mean like many other countries pia wako na shida zao. now some people may not agree with me but hiyo Ni shida yenu. We have over 40 tribes for a reason, in the over 40 we all have our differences, our differences makes us unique. When we fuel such Stupid Nonsense culture what do we gain at the end of it all? What? More deaths, deaths, killings, wounds that never heal, hatred, and again more deaths.”
He concluded by saying how he was disgusted to the stomach by the message and stated that he was going to do music with whoever he wants.
“Kwani Ni ngumu aje kukubali kwamba our neighbors are our families. woke up to that message and I was disgusted to the stomach. Ujinga tupu. I am Kenyan, My Kids are Kenyan, My family is Kenyan, my fans are Kenyan. Let this STUPID movement called Tribalism end. NOW!!!! And I will continue making music with everyone, for everyone. THE KING’S SPEECH,” He wrote.

SHOCKING: Kariobangi Couple Falls to Death From Rooftop After Drinking Spree (VIDEO) < Previous
Jalang’o is Taking 3 Football Fans to Manchester to Watch the Red Devils Take on Leicester City Next >
Recommended stories you may like: