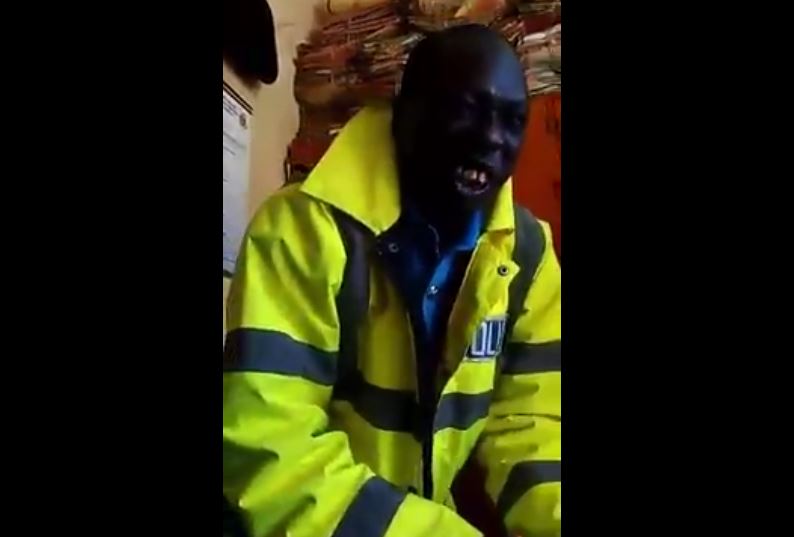 If you needed any more convincing that something needs to be done about the Kenyan traffic force, then this video will give you a really good reason.
It is the moment a motorist was having a conversation with a traffic cop after he was arrested on allegations of illegally changing lanes and refusal to stop. The motorist argues his case which seemingly falls on deaf ears.
The motorist’s major complaint however, is the officer’s attempt to forcefully enter his vehicle. The officer responds with a show of impunity and arrogance by claiming that he has the powers to do so.
Here’s that clip.

Here’s another video of the moment the cop tried to enter the motorist’s vehicle.