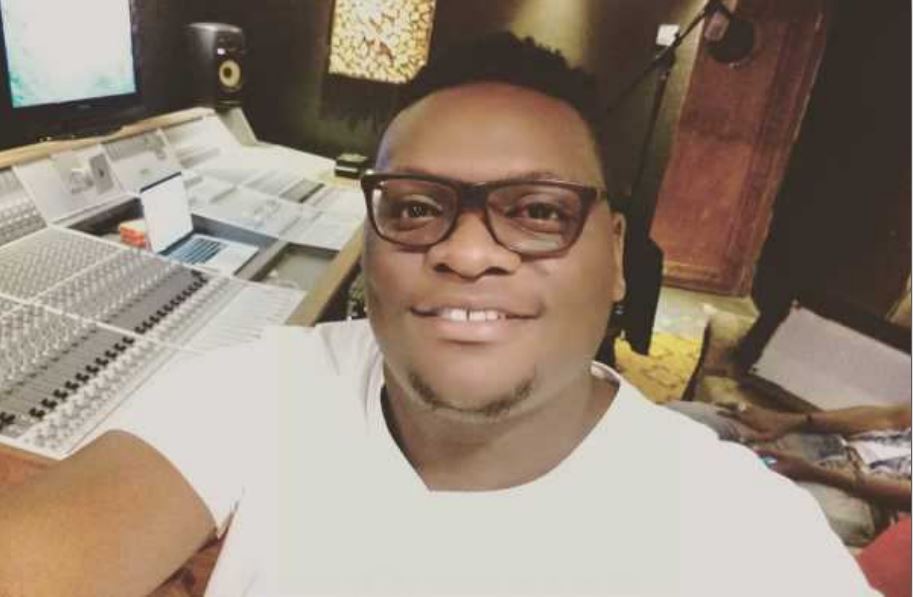 Rapper Calvo Mistari reportedly wrestled down two armed robbers who had raided a house where he was attending a bash in Madaraka estate in Nairobi last Thursday night.

As the story goes, the rapper was attending a party with his friends when the two thugs accosted him at the parking area of the estate and pointed a gun to his head asking him to usher them into the house.

When they arrived in the house, the two asked all the party goers to lie down before using tie-wraps to bind their hands behind their backs.

They also asked the rapper to lie down as they pointed guns to his head asking everyone to keep calm or be shot dead.

“One of the robbers then handed his gun to his accomplice and started searching for valuables in the pockets of their victims,” a man who attended the party was quoted by Nairobi News.

While they were scavenging for money, mobile phones and other valuables, the door to the house was opened by another friend who was attending the party.

“When the door was opened, the attention of the robbers shifted to the door and the one who had the two guns started corking one of them but we did not hear a shot. The next thing we saw was Calvo wrestling him and then a lot of commotion and then he dropped the two guns on the floor, and Calvo kept fighting them as they tried to recover their weapons,” he added.

With the two guns on the ground, the two robbers made a run for it and escaped.

Here are photos of the pistols 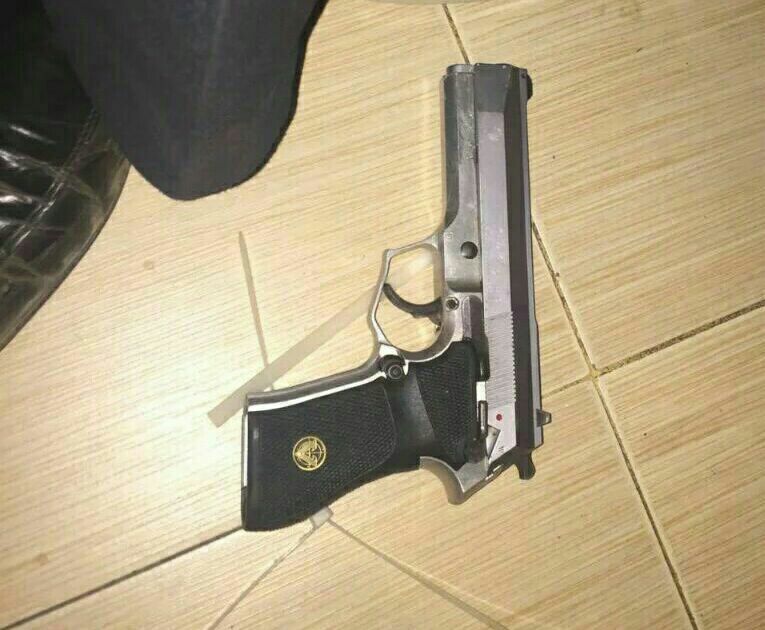 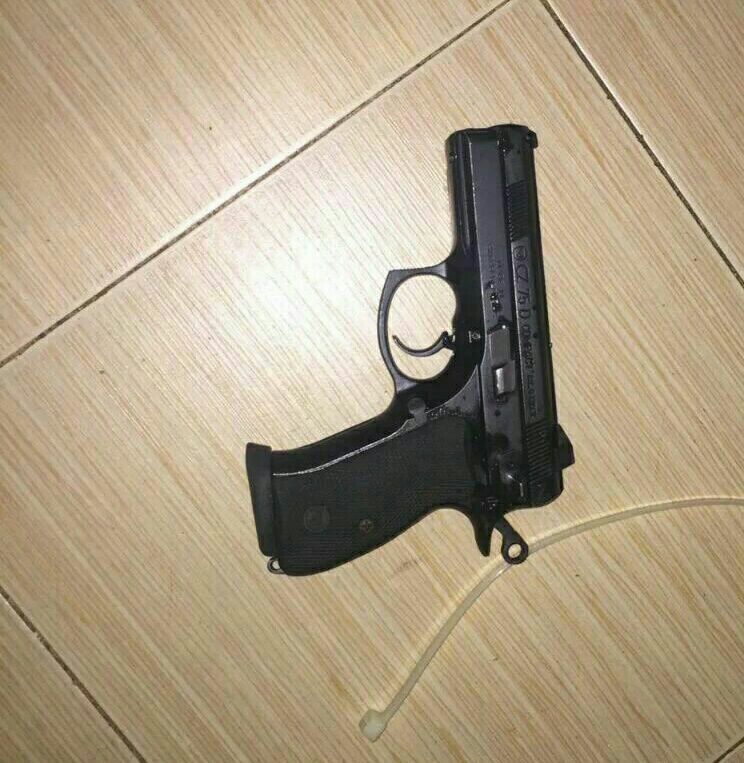 Loading...
Grammy Award Winners To Launch Studio in Nairobi < Previous
Why I Ended My Relationship With Mungatana – Former Beauty Queen Cecilia Mwangi Next >
Recommended stories you may like:

My Hustle – I Started Agrovet Business with Sh60,000 Capital