BUSTED! Lady Exposes How Her Husband Cheated On Her Over the Holiday – EVIDENCE (Photos)

It is definite that quite a good number of married people, who itch with infidelity, cheated during the Christmas holiday. However, only few of them got caught and shamed. Speaking of getting caught, an unnamed married woman has been shocked beyond belief, after finding out that her husband had brought another woman home and went ahead to have illicit sex right in their matrimonial bed.
Agitated by the incidence, the wife of the cheating husband has busted him with damning evidence, cussing the man and telling him that he will die of his treacherous ways.
Below are screen-shots of the rant the wife gave his man on WhatsApp. 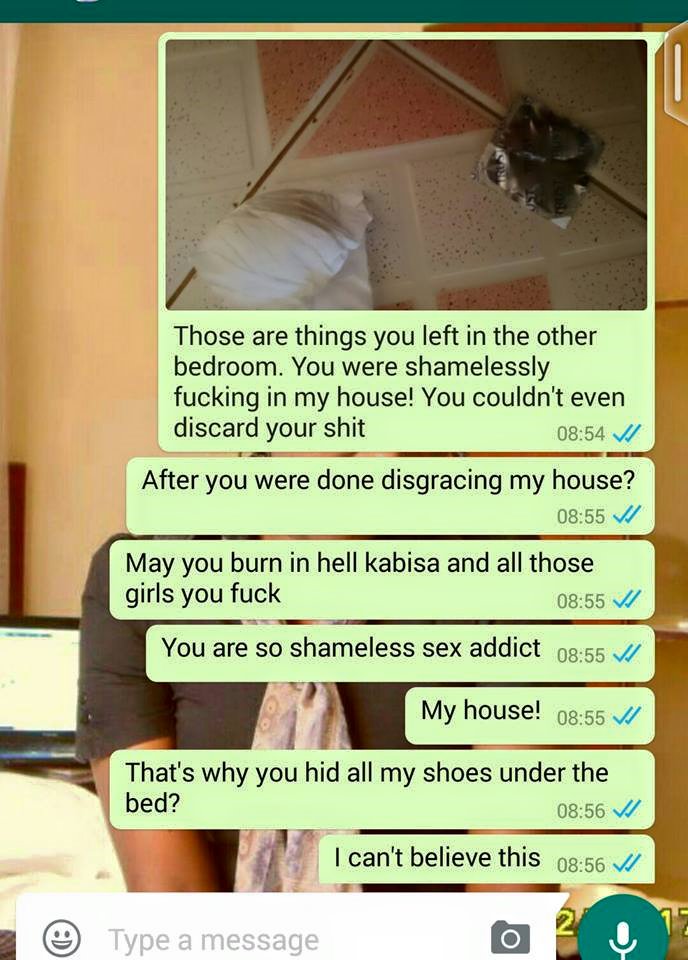 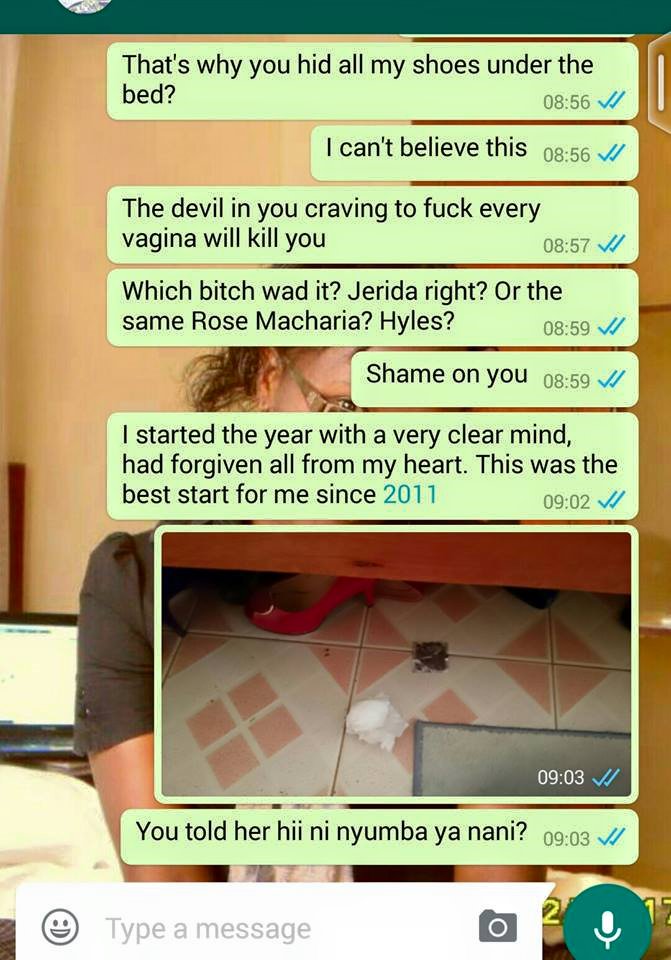 PHOTOS Of Lupita Nyong’o’s Holiday in the Breathtaking Dominican Republic < Previous
Comedian Owago Onyiro Introduces his Gorgeous Wife and Newborn Son (PHOTO) Next >
Recommended stories you may like: