It’s still astounding how he was able to ‘interpret’ for the entire ceremony, without anyone noticing. All he did was make some gibberish movements with his hands, and no facial expression as expected.
At one point when Obama was talking, the interpreter displayed his middle finger.
This is a screen grab by one Twitter user.

It was joked that at this time, Obama was talking about African leaders who claimed to be inspired by Mandela. 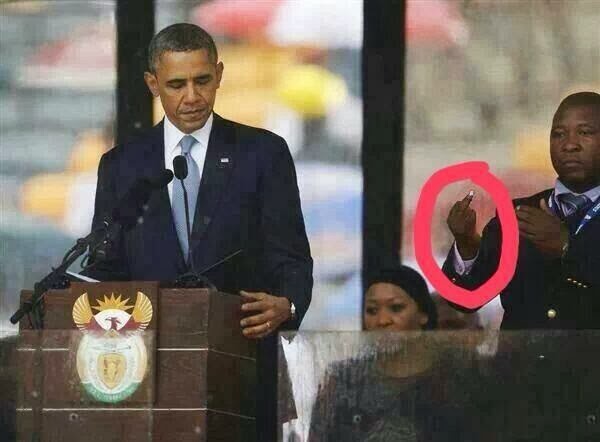 PHOTO – This Guy is Wanted For Saturday’s Pangani Explosion < Previous
HILARIOUS – Mugabe’s Message To Zimbabwe Following Mandela’s Death Next >
Recommended stories you may like: