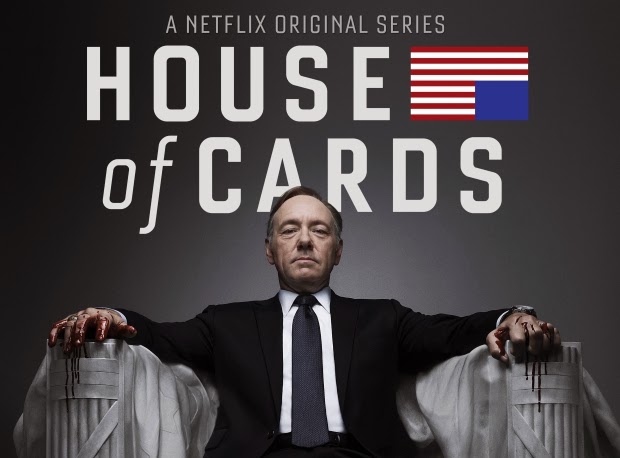 Detailed within a Netflix press release today, the streaming video company has set a February 2014 release date for the new season of Kevin Spacey’s House of Cards. Starting on Valentine’s Day, all thirteen episodes of the new season will be available for viewing on the same day.
The release of the first season followed the same release schedule, basically allowing Netflix users to binge watch the entire series over the first weekend of February 2013. While Netflix hasn’t released specific numbers detailing the number of people that watched the first season, it’s likely that House of Cards was one of the most popular original shows for the company.
Describing the new season in the release, a Netflix representative wrote “Reporter Zoe Barnes (Kate Mara) is inching closer to the truth about Francis’ crimes. Billionaire presidential adviser Raymond Tusk (Gerald McRaney) demands that Francis reciprocate political favors or face retribution, and Claire must confront the increasing glare of the spotlight as it eats away at her and Francis’ once private existence. The Underwoods must overcome these dangers — past and present — to avoid losing everything, regardless of collateral damage they leave in their wake.”
Earlier this year, House of Cards became the first digitally distributed show to earn major Emmy nominations. It’s likely that the show’s creators will attempt to continue producing high quality content in order to win more accolades next year. Beyond digital distribution, House of Cards also received a dual DVD / Blu-ray release during June 2013.
Interestingly, Netflix recently announced that the company will break away from promoting binge watching with the original children’s series, Turbo FAST. Created in partnership with Dreamworks Animation, the first five episodes of the new series will be added to Netflix on Christmas Eve. However, future episodes will be added on a regular basis during 2014, but Netflix hasn’t specifically identified release dates for those episodes.
– Digital Trends
Hackers Steal 2 Million Facebook, Twitter and Gmail Passwords < Previous
PHOTO – Jicho Pevu Steel Fabricators – Should Mohammed Start Collecting Royalties? Next >
Recommended stories you may like: