Casillas: Ronaldo is the best player in the world 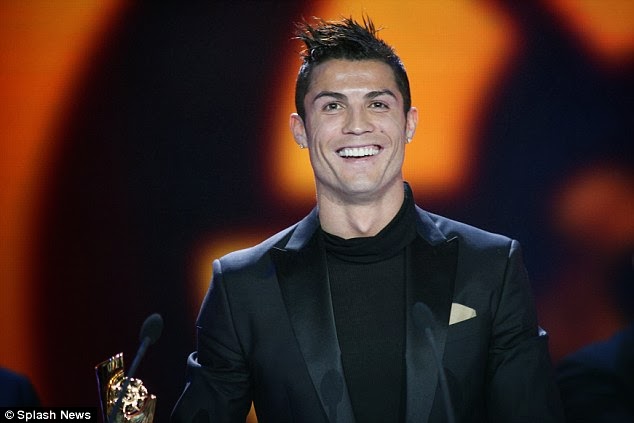 The goalkeeper has insisted his Blancos team-mate deserves all the praise he receives, while he also believes Carlo Ancelotti’s men can win the treble this season
Iker Casillas has claimed that Real Madrid colleague Cristiano Ronaldo is the best player in the world.

Addressing an anti-bullying event on Tuesday, the Spain international lavished praise on the Portugal international, who has scored 17 goals in 14 Liga appearances for the Blancos this season.

“There’s one player who’s ahead of everyone else, who’s in amazing form and who deserves all the praise,” the Madrid club captain enthused. “That player is Cristiano Ronaldo.

“I don’t think there’s any doubt about it and he shows it game after game. It’s good for Madrid because our hope is that, thanks to him, in a few months’ time we’ll be achieving our goals for this year.”

Indeed, Casillas believes that Carlo Ancelotti’s men have the potential to win the treble this season.

“We’re working for it,” he explained. “We’re training for it, but we can’t go crazy. Because even though right now people are praising us, that can take the edge off.

“We need to keep going as we are right now and wait for the end of the season.

“This is a young, ambitious team. Hopefully, we’ll win the European Cup – we’ve been waiting for it for 11 years – another league and, why not, the Cup.”

The 32-year-old shot-stopper, who has been forced to play second fiddle to Diego Lopez in La Liga this season, also spoke about the criticism he is forced to deal with on website Twitter.

“On social networks people insult me a lot,” Casillas added. “There’s a lot people who call you names behind an avatar, but then, in person, they’re cowards.

“If this happens, you should go to the police, who act to block accounts.”

– Goal.com
How Machachari Actor Almasi Deals With People Calling Him GAY < Previous
Government Declares Friday The 13th a Public Holiday Next >
Recommended stories you may like: