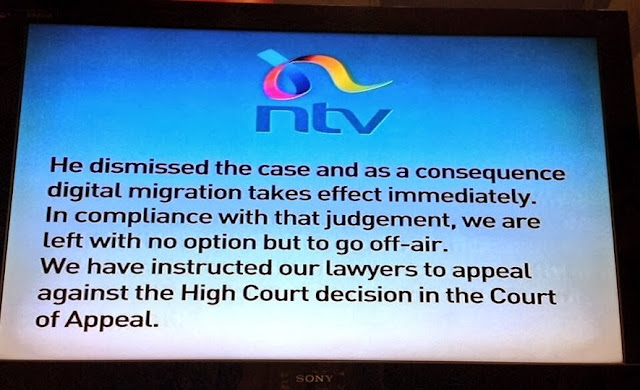 Kenya’s three main TV stations; KTN, NTV and Citizen TV on Monday night halted broadcasting in protest of High Court’s decision to give the digital migration in Nairobi the go ahead.
Justice Majanja refused to postpone the migration date, stating that no date would be convenient for everyone.
The initial date was set at 13th December, following consultations between the government and media owners.
The three broadcasters however backtracked fearing loss of revenue if the migration took place on the said date. They argued that they had invested a lot of money in equipment and with the awarding of signal distribution rights to foreign companies, the government had reduced them to mere content creators. 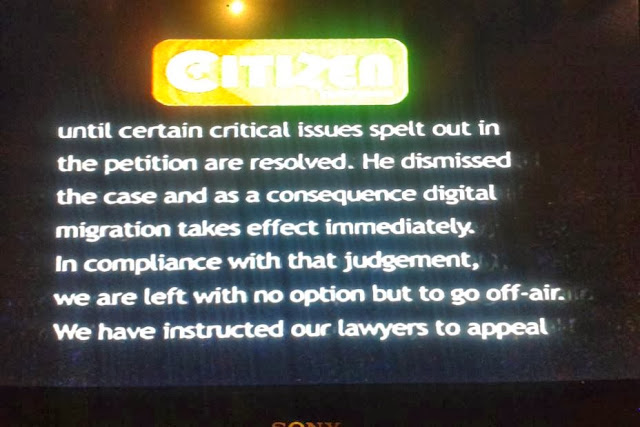 At around 8:45 pm, the three stations simultaneously replaced their normal programming with a message saying that the court decision leaves them with no option but to go off air.
It is not clear how long they’ll be off air, but in the meantime, K24 and KBC are the biggest winners.