Formula One Champagne (The one they splash when they win) Debuts in Nairobi at Sh 88,000 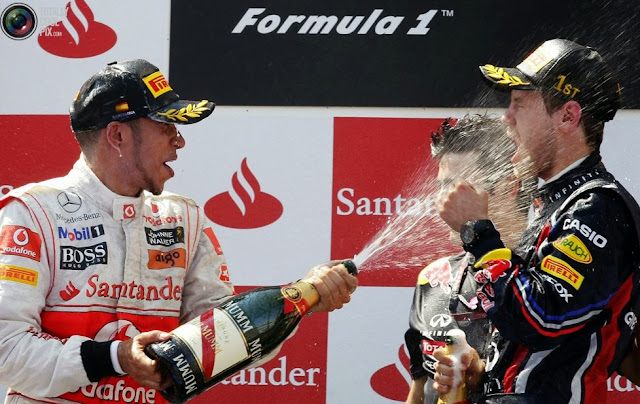 Formula one also known as Formula One World Championship is the highest class of single-seater auto racing. It is a sport of the elites, but its fan base knows no boundaries.

G.H.MUMM has been the official Formula one champagne for many years. It has been at the centre of many celebrations by the winners, with it’s iconic images splashed all over the world.

Pernod Ricard, the French company that makes them, has brought two of those champagnes to Nairobi, this being their first time in sub-saharan Africa.
The two bottles have been autographed by among others: Lewis Hamilton, Sebastian Vettel and Felipe Massa.

They will be auctioned off at an exclusive event on Wednesday 11th December, at Sankara Nairobi. The minimum you can bid is $1,000, and it’s very likely that price will jump to hundreds of thousands, maybe millions if there is a bidding war.
All the proceeds will go to Kuona Arts Programme in conjunction with Circle Arts Agency.

Harry Kimani Recounts Bumping Into Coldplay Several Times, But Not Recognizing Them < Previous
VIDEO – Faiba Has A New Brilliantly Funny Ad… The Funniest You’ve Seen Next >
Recommended stories you may like: