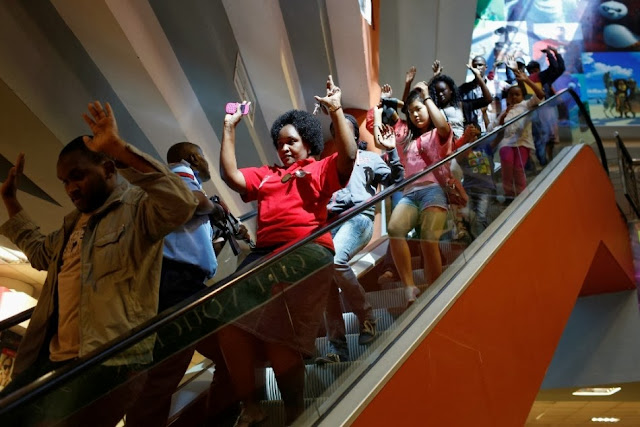 The Islamist group Al Shabaab claimed responsibility for the incident, which it said was a retribution for the Kenyan military‘s deployment in Somalia.

Reports by the Chief of General staff Gen Julius Karangi that the attackers tried to escape were refuted by the Al Shabaab.

In their online magazine, the terrorists said that “the martyrdom brigade” was comprised of “brothers who volunteered to enter into enemy ranks and cause havoc before being killed by the enemy”.

It quotes Al Shabaab spokesman, Ali Mohamed Rage as saying, “Karangi even had the audacity to claim that the martyrdom-seeking mujahedeen were seeking to abscond and escape from the mall,”
He continues to say, “Westgate was not a fight, it was a message. The real fight is on the way,”

Mombasa Governor Hassan Joho Shocks Stadium Workers After Arriving in a Chopper To Check on The Progress < Previous
The Saddest Story You’ll Hear From an FGM Victim… How My Mother Circumcised Me Then Married Me Off To a 60 Year Old Next >
Recommended stories you may like: