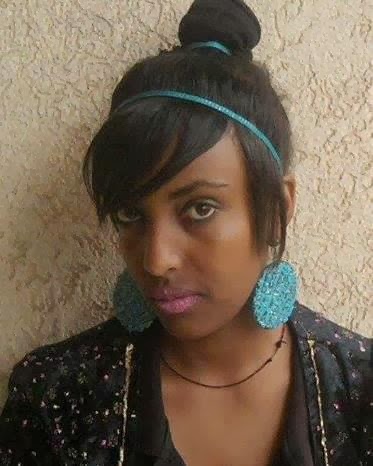 My name is Peris Lomurut. I am 20 Years old. I am from the tiny Rendille community. And I am a mother. To 4 children.

I was born in January 16th 1993 in a tiny village, to the extreme north of Kenya.

I attended Karare Primary School. But just briefly. Because in 2003,when I was in class 3,I was forcefully woken up by my mother and a team of some other three old,haggard women.

It was 3am in the morning. Confused,they grabbed me. Shook me to consciousness and under the thick cover of darkness,whisked me off to some secluded location.

I was confused. And unaware of what was going on.

I tried to scream,but Mum held my mouth hard. And asked me to cooperate. I tried to free myself and run to safety,but I was too tiny. They easily overpowered me.

After what seemed like an eternal journey,full of anguish and turmoil,I was pushed into a poorly-lit scraggly hut. And then I was dumped infront of a deathly-looking old woman.

She grinned like a witch. And her eyes were cold. And hands were rough.

Flipping me around,she ordered that the other women hold me down. And strip me NAKED.

I was too young to comprehend the magnitude of this madness.

They stripped me naked. And ordered that I spread my legs.

I refused. And started screaming and wailing. It was ALL in vain.

A dirty piece of cloth was stuffed into my mouth. And I was firmly held down. And my legs forcefully pulled apart.

I heard a blunt thing attempt to cut through my genitals. I heard it again. And by the third time,I think I passed out.

I came to my senses HOURS later. It was daytime already.

And Mum had hidden me at the back of our crumbling hut.

I had been initiated to Womanhood.

My genitals had been cut. And sown up. With a thorn. Yes,a sharp hard thorn.

I had bled profusely. And now Mum and other wicked women were busy forcing me to swallow bitter concoctions of local herbs to alleviate my burning pain.

My genitals were sewed up. Like a piece of torn cloth.

I couldnt even pass urine.

And anytime I attempted to do that, the pain would send me to the ground,writhing and cursing.

I was now the latest victim of Female Genital Mutilation.

Following Year,in November 2004,My parents planned a forced marriage for me!

And one evening,an old man,well over 60 Years was introduced to me as my new groom.

I almost collapsed. In shock.

I excused myself. And pretended to have gone for a call of nature.

But once I was outside,I fled. I ran away. And ended up at the Chief’s camp.

I met the chief. And,tearfully,narrated my ordeal to him.

I was WRONG. Dead wrong.

What happened is that,the chief pretended to pity me. And after I finished my story,he locked me up in a dark room. And told me he was hiding me.

30 minutes later,my parents and our whole clan showed up at the Chiefs camp.

It later turned out that the Chief had sold me away. And alerted our people.

Needless to say,a dozen sheep and goats were exchanged. As my bride price.

And at the tender age of 11 Years,I became a wife.

And Ladies and Gentlemen,allow me to say that it was the MOST PAINFUL sexual experience ever!

Remember my genitals had been mutilated earlier. And tied up with bush strings and tiny thorns.

In the MOST gory,inhuman and unprofessional manner.

It wasnt just PAIN. It was HELL.

I went numb. And almost passed out.

I tried to protest and reason with this behemoth of a man.

But my husband couldnt hear NONE of it.

He subjected me to NOTHING but pure torture. For his OWN pleasure.

And from late 2004 to 2009,I was in a cold,disastrous,painful,loveless and forced marriage.

And I was his FOURTH WIFE.

To him,I wasnt a human being. Or an equal married partner.

I was a sex toy. A baby-making machine.

And sure enough,I DID MAKE Babies. Endlessly. I painfully gave birth to a string of 5 babies.

Two of whom died. Due to ill health. And malnutrition.

In 2009,I fled my marital home. And with the help of the St Augustine Catholic Church,I was whisked to Nairobi for safety. And mental rehabilitation.

And for 4 Years now,I havent seen or heard from my parents. Or children.

As I speak now,thousands of Rendille girls,Borana Girls and Samburu Girls and going through what I went through.

As we speak now,some girl’s tiny genitals are getting mutilated.

If we dont ACT NOW. We will NEVER save the situation.

There is a difference between CULTURE. And MADNESS.

What I went through wasn’t CULTURAL.

Pray for our sisters.

Ugandan Loses House After Betting Arsenal Would Win at Old Trafford < Previous
PHOTOS – Machakos Stadium Transforming Into Kenya’s ‘Old Trafford’ Next >
Recommended stories you may like: