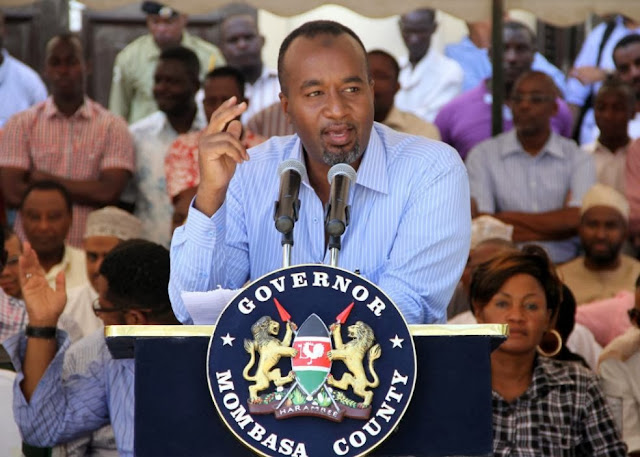 Mombasa Governor, Ali hassan Joho surprised Mombasa Municipal Stadium workers on Tuesday, by arriving in a chopper to check the the stadium’s progress.

Joho is personally involved in the completion of the construction works, as the stadium gets ready to host CECAFA. It seems however that the workers had not gotten this, as the floodlights were still not working.

“I have come here to not only see the progress of the renovations but also prove to you that I am personally committed to the completion of this sports facility in my personal capacity.” Joho told the shocked workers.

He caused laughter when he said he wished the works could be completed at the speed at which the chopper was moving.

The governor has pumped in Sh20 million to see the stadium ready in time for the regional tournament.
The works at the facility were taken over by the county government after three years of controversy with a contractor.

Russian President Vladimir Putin Awarded Highest Rank in Taekwondo… Now Tougher Than Chuck Norris < Previous
Al Shabaab Says That There Was No Tunnel & They Did Not Try To Escape From Westgate Next >
Recommended stories you may like: