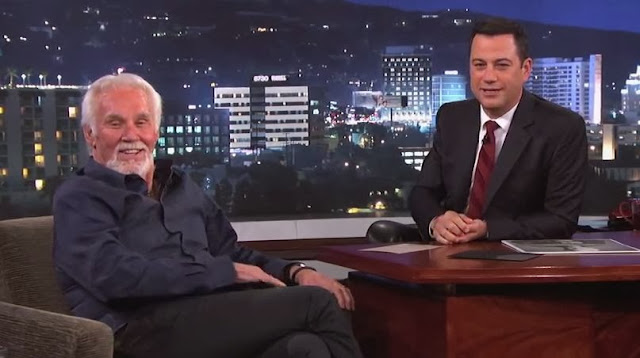 While appearing on Jimmy Kimmel Live, country music singer, Kenny Rogers is informed of the fanatical following he has in Kenya.
The comedian plays him a song of some Kenyans, who were obviously tipsy, singing his famous song ‘The Gambler’, or simply ‘count your money’, as most Kenyans probably know it.

Kenny Rogers then narrates his own experience. He was on a safari in Kenya, when some locals brought him his CDs (pirated ones), so he could sign them.
The respected singer, disregarded the fact that they were bootleg copies and autographed them anyway.
Here’s the video.

And this is that 1978 original video of The Gambler, by Kenny Rogers.