NTV’s Mark Masai Reveals He Is An Adopted Child 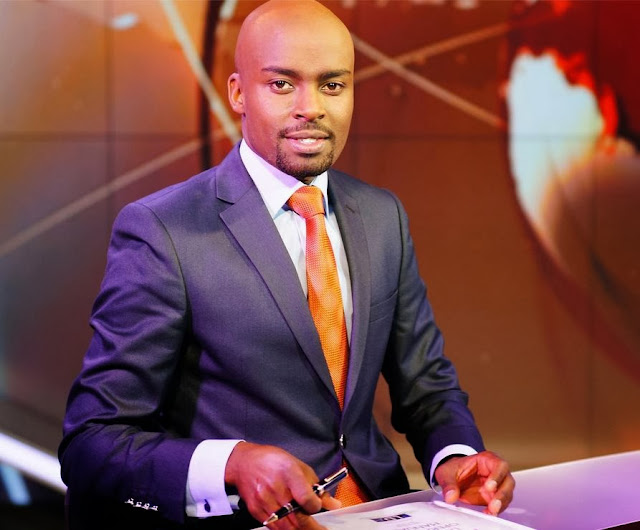 NTV prime time news anchor, Mark Masai, has revealed that he grew up as an adopted child. He also revealed that he was born a muslim, Abdullahi Masai, a name he would later change.
Speaking to QFM’s Rashid Abdalla, Mark revealed that his mother, Fatuma Abdullahi, gave him up for adoption soon after birth. Apparently, she felt she was not ready to bear the burden of raising a child at the time.

Mary Wright, a British missionary based in Narok, became Masai’s mother. Wright however left the country in 2001, leaving behind Mark and his brother.

The anchor also revealed that he has never met his biological father. He recalled confronting his mother about his identity, while in high school.
The mum was however not ready to reveal to Mark, but promised to do so when the time was right. The ‘right time’ came one day, just before he read the 4 o’clock news. The mum informed him that she had given his father his contacts, and he would be calling soon.

Mark, all of a sudden, found himself not knowing what to say to a man he had not known for 27 years.

On his adoption, the anchor says he understands his mother’s act was in his best interest.