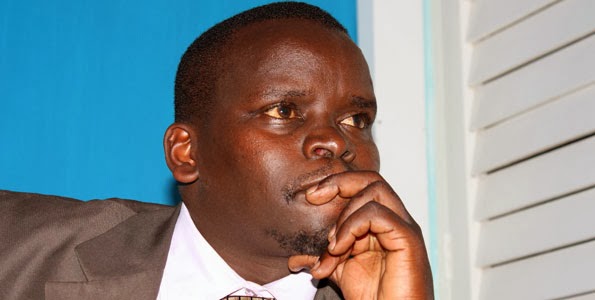 Former radio presenter, Joshua arap Sang has asked the International Criminal Court to allow him miss Friday’s session, so he can travel back home for his daughter’s kindergarten graduation.
His lawyer Katwa Kigen told the court that Sang had promised his daughter he would attend, and it would cause psychological pain to the little girl should he fail to honour the promise.

“He had assured his daughter that he would attend that graduation and is afraid that if he doesn’t attend the girl will not understand why he did not attend because the girl is not able to understand the ICC proceedings,” argued Kigen.

He explained that the ceremony had initially been slated for November 7, but he received an invite on Wednesday informing him that it had been brought forward to Friday.
“The request is made for the limited purpose of him being absent only on November 1; not any other day. The court will recall that he has been sitting through all the sessions,” added Kigen.

Trial Attorney Anton Steynberg was however not of a similar opinion, urging the court to reject the request.
“One is always reluctant to disappoint children and I sympathise with my learned friend. However there are limits within which the courts must operate and the limits which the Appeals Chamber had set down do not allow for excusal to be able to attend family occasions,” argued Steynberg.
“In those circumstances I regret to say that we must oppose.”

The NSA Eavesdropped on Cardinals Before They Voted For The Pope < Previous
PHOTOs – Nairobi’s Biashara Street in 1899 Next >
Recommended stories you may like: