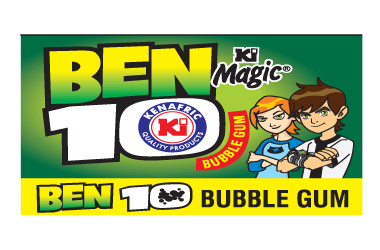 Time Warner, the owners of Cartoon Network, have sued local sweet manufacturer Kenafric, for using its trademarked BEN 10 in their chewing gums.

The popular cartoon channel wants Kenafric Industries Limited stopped from wrapping its sweets with packages branded BEN 10.
They say that associating the chewing gum with the brand can damage its reputation and goods branded with the label toys, video games and clothing, valued at Sh275 billion.

“The defendant’s (Kenafric) use of the name BEN 10 amounts to trademark infringement of BEN 10 Trademarks,” says Cartoon Networks vice president Louise Sams in documents filed at the Milimani Commercial Court. “The unauthorised reproduction or adaptation or publication or broadcast or sale or distribution or possession or importation of the offending chewing gum constitutes copyright infringement.”

Ben 10 is a popular brand even here in Kenya. It airs on some local TV stations through Cartoon Network. There is also a pullout on Saturday Nation with the same title.
It’s makers therefore believe Kenafric has been using its popularity to make a fortune without seeking permission.
According to the Madrid Agreement on International registration of Trademarks, adopted in April 1891, once a trademark is registered in a country, it becomes protected in all other countries which have adopted the treaty.

Other than Cartoon Network, Time Warner also owns CNN, TNT, TCM, Boomerang, DC Comic (owners of batman and superman), HBO, The CW and Warner Bros.
In 2000, AOL acquired Time Warner for Ksh 13 trillion.
It is the world’s second largest media and entertainment conglomerate in terms of revenue, behind The Walt Disney Company.