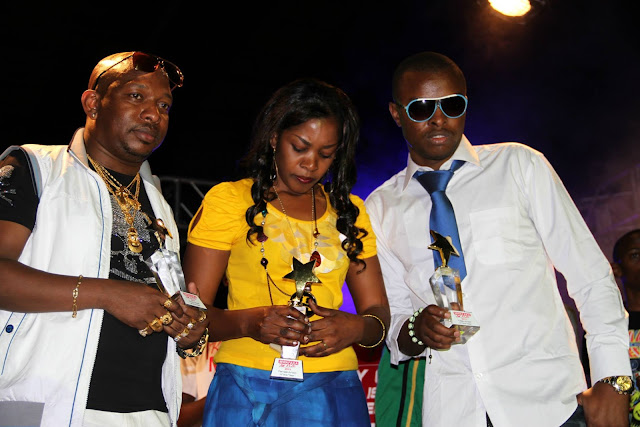 This morning, the nation woke up to news that Sonko had melted down on KISS 100. In an on-air call, Sonko hurled unprintable insults at morning presenter Caroline Mutoko and her co-host Chipukeezy Vinie.

This was after Mutoko pressed hard on a certain line of questioning Sonko was not comfortable with. “Who fu**s you?” Sonko asked Mutoko.
“Wewe nyege zako peleka carnivore na sigara zako huko! ” he concluded, with several other insults in between.

Just this past Sunday, Sonko was named the ‘Role Model of The Year’ at the Mwafaka Gospel Awards.

One thing is certain, if this Radio outburst had happened last Thursday, the Nairobi Senator would not have gotten that award.

Listen to the audio, courtesy of Ghafla.

After Receiving Unprintable Insults From Sonko, Chipukeezy Apologizes For Joking With His Daughter < Previous
Caroline Mutoko Finally Responds To Sonko After His Melt Down This Morning Next >
Recommended stories you may like: