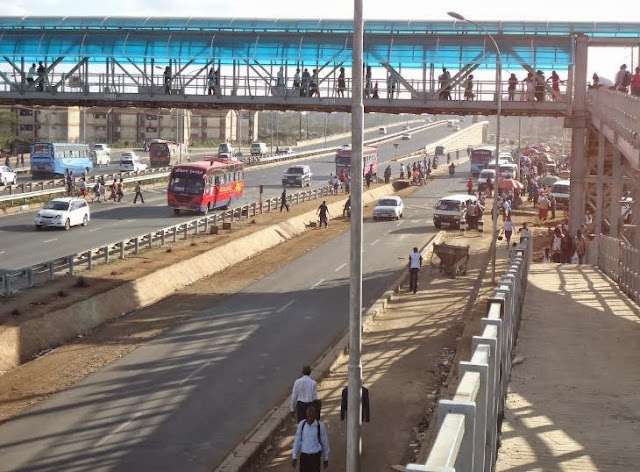 On Saturday, as the nation was coming to terms with news that terrorists were taking peoples lives at Westgate, a middle aged man in Kahawa estate was attempting to take his own.

At around 6:30 PM, the man, reportedly accompanied by his wife jumped off the Kahawa Barracks footbridge, falling on the Thika Superhighway tarmac.
Unfortunately for him, he survived.
He lay motionless in a large pool of blood for some minutes, before onlookers carried him to sides. Not a single car hit him, despite the road been super busy.

According to witnesses, most of his major parts were broken, plus a severe head injury. After lying on the road side for quite some time, a willing motorist took him to hospital.

Some witnesses said that upon jumping, his screaming wife wanted to follow him down, but was prevented by onlookers.

Atwoli Recalls Day Magoha Chased Away His Son From UoN