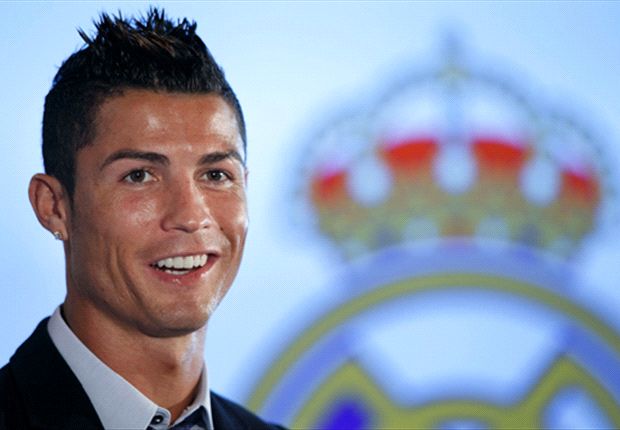 Cristiano Ronaldo’s new Real Madrid contract makes him not only the best paid footballer on the planet, but also the best paid individual in the history of the sport.

Under the terms of the five-year deal announced by the Liga club yesterday, the Portugal international is to be paid a basic salary of €21 million net. Ronaldo will earn performance bonuses and substantial image right payments on top.

The figures, which precisely double the then-unprecedented wage Ronaldo agreed upon joining Madrid in 2009, equate to a weekly basic of €403,000, underlining the scale of the forward’s sporting and commercial prowess.

Ronaldo’s improved salary nets at €1m a year more than the after-tax sum Samuel Eto’o was paid at Anzhi Makhachkala before the Russian club’s billionaire owner dispensed with the African’s services last month.

Payable for five seasons, the total value of Ronaldo’s contract also far exceeds that of Eto’o’s former three-year contract. A number of elements contributed to Jorge Mendes’ success in negotiating such a deal.

First, the player’s agent had calculated that Ronaldo would be able to achieve a signing-on fee of between €50m and €70m had he elected to run down the final two seasons of his existing contract and leave the Santiago Bernabeu as a free agent.

Having assessed the 28-year-old’s potential commercial value to the club, Manchester United were positioned alongside Manchester City, Paris Saint-Germain and Monaco as potential future employers.

Second, Florentino Perez did not want to risk the political fallout of allowing an individual who has scored 203 goals in 203 Madrid appearances for Madrid to leave the club during a summer in which the Madrid president had seen Neymar join Barcelona despite budgeting €100m to recruit the young Brazilian.

And Perez knew the sheer financial value of Ronaldo to an organisation that has just announced record revenues of €520.9m for 2012-13.

With 21.3 million followers on Twitter and 60.4m Facebook fans, Madrid’s most famous player, Ronaldo’s social media reach exceeds that of his employer by more than 60 percent.

Madrid are said to have sold over a million Ronaldo replica shirts in his first year there alone.

Madrid have, however, attempted to underplay the value of their principal asset’s new contract, leaking a reduced figure to the local press.

The tactic echoes their handling of Gareth Bale’s global-record transfer from Tottenham, a €100m transaction that Madrid sought to have reported as €91m.

10 PHOTOS of The Kiunas Mansion in Runda < Previous
PHOTOS – This Was Ruto’s Motorcade At The Hague Yesterday Next >
Recommended stories you may like: